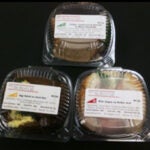 Report highlights wide potential in cellphones and social media, with a few notes of caution

Between 2008 and 2013, the number of cellphone users in world’s developing nations nearly doubled, with 2.5 billion new subscribers bringing the total to more than 6 billion.

That massive change has many social and economic ramifications. For disaster relief workers it means firsthand news from the front lines, more opportunity for locals to serve as first responders, and a need for vigilance in making sure those with the loudest digital voices don’t claim a disproportionate share of relief resources.

The promise of technology in humanitarian disaster response is the subject of a new report released Thursday during a seminar webcast from the Harvard Humanitarian Initiative’s (HHI) offices in Cambridge. The event drew representatives from HHI, the American Red Cross, the International Federation of the Red Cross and Red Crescent Societies, the International Telecommunication Union, and IBM.

“The 2013 World Disasters Report: Focus on Technology and the Future of Humanitarian Action” was issued by the International Federation of Red Cross and Red Crescent Societies and edited by Patrick Vinck, a research scientist at the Harvard School of Public Health and director of HHI’s Program on Vulnerable Populations. Contributors included Jennifer Leaning, François-Xavier Bagnoud Professor of the Practice of Health and Human Rights and HHI co-founder, and Phuong Pham, director of HHI’s Program on Evaluation and Implementation Sciences.

Vinck said Thursday that the goal of the report was to ensure that humanitarian responders take action as effectively as possible. The authors don’t claim to have answers to every problem, he said, but wanted to bring key issues to the forefront.

The report presents several case studies highlighting how technology can be used to aid in humanitarian disaster situations. One focuses on Chicago doctor Zaher Sahloul, who has used social media to organize medical supplies and donations worth more than $5 million to help people in Syria, and uploaded to YouTube videos with medical advice for Syrian doctors. Sahloul has worked with Internet systems engineer Dishad Othman, who has helped to encrypt data and to find secure ways for Syrians inside the country to communicate over the Internet.

Information in a disaster is as important as food and water, the report states; increasingly, that information is generated by affected populations and shared through digital platforms. Analysis of vast quantities of real-time data is one of the challenges of the new information era.

Another subject addressed in the report: the potential for technological tools to increase the effectiveness and reach of early warning systems.

Laura Howe, vice president of public relations for the American Red Cross, said the 2010 Haiti earthquake was the first time the organization used social media to share information in a natural disaster. The problem then, however, was understanding how to interpret and use that information, something the Red Cross has made a priority since. Today, she said, the organization has trained volunteers dedicated to responding to the public via social media.

The increased use of technology does present challenges, however. Humanitarian organizations need to ensure that resources are distributed equitably, and not just to those with the technology to ask for help. The same people who often can’t afford cellphones and other technology — women, children, and the very poor — are usually most at risk during a catastrophe.

Another worry is the association of information-gathering with military purposes. Humanitarian front-line personnel need to be aware that armed groups and other actors on the ground have access to their organization’s statements back home. So if your organization is portraying them badly, they’ll know.

“We need to have access, so neutrality is important,” Vinck said.

Ultimately, even with more and better information, the human factor is most important, said Matthias Schmale, undersecretary general of national society and knowledge development for the International Federation of Red Cross and Red Crescent Societies.

“It would be an illusion to think that technology makes decision-making easier,” Schmale said. “At the end of the day, it comes back to sound leadership and human judgment.”

Disaster recovery platform Recovers.org emerged from the wreckage of a tornado that tore through a small town in Western Massachusetts. Co-founder Morgan O’Neill talks about creating the platform and HBS Professor Dutch Leonard, an expert in crisis management, talks about the huge need for a tool like this.