Zines were the scene 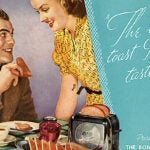 Zines, self-published, self-distributed works tackling topics overlooked by the mainstream media, were a popular form of expression and communication in the 1980s and early ’90s. They were quite often described as labors of love by their authors.

Over the summer, they became a labor of love for two Harvard seniors. Caitlin Ballotta and Nora Garry spent 10 weeks in Widener Library poring over the recent acquisition of about 20,000 zines and related materials. It’s been an eye-opening experience for the two women, and an important look at the issues and the stories that dominated the fringes of pop culture before the arrival of the Internet.

Garry, as a concentrator in studies of women, gender, and sexuality, has had some exposure to zines, as gender was a major topic tackled by the publications.

“For me, I will pick up a zine and see that it’s written by someone we have read about in class. So while I knew a little bit about zines, here I have the chance to actually go beyond just reading about them,” she said.

Ballotta, an English concentrator, had little to no exposure to zines prior to beginning her internship. But she quickly realized the importance of ensuring that the zines are available to scholars.

“There is a very big difference between working with source material versus reading someone else’s description of the material,” she said. “I find zines very interesting because they are hybrid publications. They don’t really fit into any one genre. And they are intensely personal, but they are intended to be publicized.”

Ballotta and Garry came to Widener as part of the Summer Humanities and Arts Research Program (SHARP). This summer marked the pilot of the 10-week immersion program designed to give undergraduates opportunities to engage in substantive humanities- and arts-based research. SHARP, funded in part by the Dean’s Leadership Fund, joins other established summer research programs for undergraduates, including the Program for Research in Science and Engineering (PRISE), Behavioral Laboratory in the Social Sciences (BLISS), and the Program for Research in Markets & Organizations (PRIMO). The students in the programs lived and ate together throughout the 10 weeks, sharing their experiences.

“This first year of the program has just been absolutely fantastic, and connecting them with PRIMO, PRISE, and BLISS really created this wonderful intellectual community,” said Diana Sorensen, dean of the arts and humanities. “We have been searching for funding for a few years to get the SHARP program up and running. And thanks to Dean [Michael D.] Smith, we were able to make this possible. Having spent time with the students this summer, it was tremendous to see these brilliant people coming together around their intellectual passions.”

“Before this program launched, there weren’t many research opportunities in the humanities, so this is a great thing for us,” Ballotta said.

Garry and Ballotta are interested in becoming librarians, which prompted them to apply for the zines project. It has allowed them to meet with library staff — from collections developers to research librarians to catalogers — so that the two received an in-depth view of the libraries and how they support the curriculum.

As for the zines, the seniors said working with the material has been a tremendous experience. Zines became a voice for the counterculture, exploring genres of art, literature, and politics, further broken down into subgenres including punk rock, gender, and sexuality.  A zine culture developed as authors, known as “zinesters,” developed a network to distribute their homegrown material. In the days before Web pages, blogs, Facebook, and Twitter, zinesters made their voices heard by toiling over typewriters, photocopying pages, and compiling them into zines to be mailed to anyone who wanted to read them.

The intention of a zine was not to make money, but to make a point.

With the dawn of the digital age, zinesters moved to blogs and social networks.

“The Internet created broad access. People could have such a far broader reach if they published on the Internet rather than mail out their zines. But with that, something was lost,” Ballotta said. “You lost the ‘materiality.’ There was no template for zines, but when you publish a blog or a website, there is a template, so there isn’t that originality. There was also a culture created around how zines were distributed, which again is lost when you go digital.”

After weeks of working with a major collection of primary source materials, Garry and Ballotta created a project titled “Enlivening Zines for Study and Research.”

“For my birthday,” Garry said, “Caitlin made me a zine.”