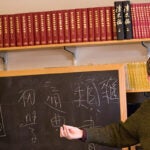 A boost for new ways to learn

Harvard University announced today that it will award the W.E.B. Du Bois Medal, its highest honor in the field of African and African-American studies, to six leaders across government, the arts, and athletics during a ceremony on Oct. 2.

The medal ceremony will also mark the launch of the Hutchins Center for African and African American Research, in recognition of a generous gift of more than $15 million from the Hutchins Family Foundation, which was endowed by Glenn Hutchins ’77, J.D. ’83, M.B.A. ’83. Hutchins is co-founder of Silver Lake, one of the world’s largest firms investing in technology companies.

Since 2000, the Du Bois Medal has been awarded to individuals in the U.S. and around the world in recognition of their contributions to African and African-American culture and the life of the mind. Recipients have included scholars, artists, writers, journalists, philanthropists, and administrators whose work has bolstered the field of African and African-American studies.

“The W.E.B. Du Bois Medal is named for the great scholar and thinker who devoted his life to the serious study of African and African-American history and culture,” said Henry Louis Gates Jr., Alphonse Fletcher University Professor and founding director of the Hutchins Center. “Dr. Du Bois, cosmopolitan in his taste and manners, worked tirelessly to produce and publish learning in all areas of the African diaspora, keenly aware of the need to bring this information to the public. This year’s Du Bois Medals are presented to a most distinguished roster of recipients in the spirit of intellectual achievement and social engagement.

“The Hutchins Center will embody this same spirit,” Gates added. “With this unprecedented gift from the Hutchins Family Foundation, we secure our place as the pre-eminent site for research about the African diaspora in the academy. What we have built under the rubric of the Du Bois Institute will continue to grow through the Hutchins Center with even greater global reach, in a way that would have made the public-minded Dr. Du Bois proud.”

“More important than inaugurating the Hutchins Center, this event honors six extraordinary people who have contributed in historic ways to African-American community and culture,” said Hutchins. “Through their work, they embody the purpose of my family’s gift: to advance knowledge and understanding, and to improve the society in which we live. The Hutchins Center will house a group of world-leading research institutes and programs, all vitally important and all equally dedicated to the creation of cutting-edge knowledge in the field of African and African-American research.”

The center will also house four new entities: the Afro-Latin American Research Institute, the History Design Studio, the Program for the Study of Race and Gender in Science and Medicine, and the Ethelbert Cooper Gallery of African and African American Art.

Gates, who became director of the Du Bois Institute when he arrived at Harvard in 1991, will continue to lead the organization as the Hutchins Center’s first director. Under his stewardship, the center will carry on the Du Bois Institute’s signature research projects and programming, including public lecture series, exhibitions, conferences, and events.

Last October, Harvard announced that Hutchins, a longtime University supporter, had given the University $30 million to create the Hutchins Family Challenge Fund for House Renewal and to support broader academic initiatives in the Faculty of Arts and Sciences — including the Hutchins Center.

“From renewing the residential experience of our undergraduates to supporting the research activities of our faculty, Glenn has shown that he is deeply committed to sustaining Harvard’s excellence in teaching and research,” said Faculty of Arts and Sciences Dean Michael D. Smith, John H. Finley Jr. Professor of Engineering and Applied Sciences. “I am personally grateful for his counsel, and for his engagement with the University.”

He served President Bill Clinton as a member of his presidential transition team and in the White House as a special adviser on economic and health care policy. He is a director of the Federal Reserve Bank of New York, vice chairman of the board of the Brookings Institution, and a trustee of New York–Presbyterian Hospital. He is also an owner and member of the executive committee of the Boston Celtics.

The Hutchins Family Foundation was established by Glenn H. Hutchins to expand research and community initiatives in public policy, education, the environment, and public health throughout the United States. Initiatives funded by the Hutchins Family Foundation encourage collaboration among leading policymakers, researchers, and educators to meet specific milestone for the public good.

The W.E.B. Du Bois Medal ceremony will be held at Harvard University’s Sanders Theatre on Oct. 2 at 4 p.m. Tickets are free and available to the public (general admission, limit two tickets per person). A video of the ceremony will be available on the new Hutchins Center website at a time to be announced.