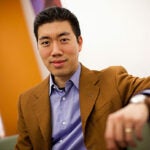 How rare ‘words’ in bacterial genes make the difference

Reprogramming bacteria to produce proteins for drugs, biofuels, and more, has long been part of the job for bioscientists, but for years they have struggled to get those bugs to follow orders.

Those days may be over. It turns out that a hidden feature of the genetic code controls how much of the desired protein bacteria produce, a team from the Wyss Institute for Biologically Inspired Engineering at Harvard reported in today’s online issue of Science.

The findings could be a boon for biotechnologists, and help synthetic biologists reprogram bacteria to make new drugs and biological devices.

“Now that we understand how rare codons control gene expression, we can better predict how to synthesize genes that make enzymes, drugs, or whatever you want to make in a cell,” Kosuri said.

To produce a protein, a cell must first make working copies of the gene that encodes it. These copies, called messenger RNA (mRNA), consist of a specific string of words, or codons. Each codon represents one of the 20 different amino acids cells use to assemble proteins. But because the cell uses 61 codons to represent the 20, many codons have synonyms that represent the same amino acid.

No one knew for sure why rare codons had these effects. Many biologists suspected that the rare codons functioned as a highway on-ramp for ribosomes, the molecular machines that build proteins. Under this “codon ramp” hypothesis, ribosomes wait on the on-ramp, then accelerate slowly along the mRNA highway, allowing the cell to make proteins at a deliberate speed. But without the on-ramp, the ribosomes gun it down the mRNA highway, then collide like bumper cars, causing traffic accidents that slow protein production. Other biologists suspected rare codons acted via different mechanisms, including mRNA folding, which could create roadblocks for ribosomes that blocked the highway and slowed protein production.

To determine which hypothesis was correct, the three researchers used a high-speed, multiplexed method they reported in August in The Proceedings of the National Academy of Sciences.

First, they tested how well rare codons activated genes by mass-producing 14,000 snippets of DNA with either common or rare codons, splicing them near the start of a gene that makes cells glow green, and inserting each of those hybrid genes into different bacteria. Then they grew those bugs, sorted them into bins based on the intensity of their glow, and sequenced the snippets to look for rare codons.

They found that genes that opened with rare codons consistently made more protein. A single codon change could spur cells to make 60 times more protein.

“That’s a big deal for the cell, especially if you want to pump out a lot of the protein you’re making,” Goodman said.

The results were also consistent with the codon-ramp hypothesis, which predicted that rare codons themselves, rather than folded mRNA, slowed protein production. But the researchers also found that the more mRNA folded, the less of the corresponding protein it produced — a result that undermined the hypothesis.

To put the hypothesis to definitive proof, the Wyss team made and tested more than 14,000 mRNAs — including some with rare codons that did not fold well, and others that folded well but had no rare codons. By quickly measuring protein production from each mRNA and analyzing the results statistically, they were able to separate the two effects.

The knowledge could help resolve other thorny debates in molecular biology. “The combination of high-throughput synthesis and next-gen sequencing allows us to answer big, complicated questions that were previously impossible to tease apart,” Church said.

“These findings on codon use could help scientists engineer bacteria more precisely than ever before, which is tremendous in itself, and they provide a way to greatly increase the efficiency of microbial manufacturing, which could have huge commercial value as well,” said Donald Ingber, Wyss’ founding director. “They also underscore the incredible value of the new automated technologies that have emerged from the Synthetic Biology Platform that George leads, which enable us to synthesize and analyze genes more rapidly than ever before.”

The work was funded by the Department of Energy, the Office of Naval Research, Agilent Technologies, an NSF Graduate Research Fellowship to Goodman, and the Wyss Institute.