On closer inspection, not such a plain Jane 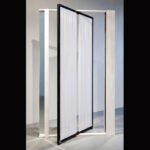 As a girl growing up on Franklin Street in Worcester, Jill Lepore learned about Benjamin Franklin, a Founding Father and the original jack-of-all-trades, but she certainly never suspected she’d someday be mired in the life of his nonfamous sibling, Jane. Jenny, he called her. Jenny called him Benny.

In her latest work, “Book of Ages: The Life and Opinions of Jane Franklin,” Lepore, a professor of U.S. history at Harvard and a staff writer for The New Yorker, brings Jane and her story out of history’s fog and into the open.

In Franklin’s day, schooling was not for girls. They learned to sew, then they married, gave birth, and died. Women were not taught to write, and those who could read were encouraged to read only “the Bible,” said Lepore, “to be closer to God.”

“Jane Franklin did learn how to read,” said Lepore. “I think it was her brother who taught her.” Her literacy enabled a lifelong correspondence between them — “one of the great unknown correspondences of American history and literature,” Lepore said.

To collage a biography of Jane, Lepore said during a talk at the Radcliffe Institute Tuesday, was to do so through the lens of her brother. A real lens. Eyeglasses — more specifically, Benjamin Franklin’s spectacles. “His spectacles meant something to him,” said Lepore. “They were the emblems of him. They marked him as a prodigious reader.”

Jane had married when she was just 15; the legal age in Massachusetts at the time was 16. She had 12 children in 24 years, losing many of them, while her husband struggled with mental and physical illness. She never left Boston.

But Benjamin did. He became “an educated, enlightened, and independent man of the world,” said Lepore. “A man of books, a man of learning, a man of science, a man of papers, a man of letters, a man of eyeglasses. A spectacle.”

“[Benjamin had] signed the Declaration of Independence, the Treaty of Paris, the Constitution, and she strained to form the letters of her name,” she said.

Lepore suggested that Franklin’s gift signified his recognition of Jenny’s edification — her letters were rife with “news, gossip, recipes, blistering opinions about politics.” Nevertheless, Jane was absent from “A Private Life,” his autobiography. “It tells the story of a man as the story of a nation: self-made, rags to riches, the story of America. A spectacle for all the world to see,” Lepore said. “In that story, he left his sister out.”

Though Jane wrote — avidly — she barely transcribed her life outside the letters to her brother. Only a 16-page pamphlet exists, “The Book of Ages,” its title written in calligraphy. While writing her own “Book of Ages,” Lepore went to the archives and held it herself. “It is a record in grief of a life lived rags to rags,” she said of the tiny book — a list of births and deaths of her children.

We all know something of Benjamin Franklin, Lepore told the overflow crowd at the Knafel Center. “But what about Jane? Had she nothing more to say?”

During her research, Lepore recalled, she put on a pair of spectacles similar to the ones Jane herself likely would have worn. “I began to think, as I looked at it all over again, that maybe Jane Franklin had something to say after all.”

When Jane was 21, said Lepore, her brother sent her a copy of “The Ladies Library.” Benjamin Franklin went on to found the first lending library, but Jane, too, loaned books out, to other women. When she was 74, she put on her spectacles and read “Four Dissertations” by Richard Price. Franklin invented, among other things, bifocals.

“ ‘Few people’s eyes are fellows’ he once wrote to her,” said Lepore. “Jane thought of her brother as her second self. They were like a pair of eyes.”

No image of Jane Franklin exists. In every painting of her brother, he wears his trademark spectacles.

With her brother’s help, “Jane became a radical political philosopher,” said Lepore. But in secret.

Conversely, “Everyone knows something of the lore of Benjamin Franklin,” she said. “He was a spectacle, she was a speck.”