Narrative of the body, with a nasty twist 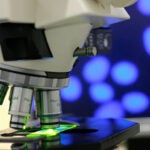 That’s one of the conclusions of Harvard evolutionary biologist Daniel Lieberman, who has spent the past couple of years considering what our evolutionary history says about today’s roaring epidemics of obesity, diabetes, and heart disease, as well as other chronic ailments.

The work was key to his new book, “The Story of the Human Body: Evolution, Health, and Disease,” in which Lieberman guides the reader all the way from our divergence from the apes to the present-day epidemiological transition, a period of increased longevity but also higher prevalence of noninfectious diseases such as osteoporosis and cancer.

To some extent, these and other ailments are more common because we’re living longer, but many are “mismatch diseases” that stem from our bodies being inadequately adapted to the modern world. Millions of years of natural selection gave us bodies meant for physical activity and diets high in fiber and low in simple carbohydrates. Yet, thanks to recent cultural advances, many of us now live the easy life. We have machines to do our work, comfy chairs and shoes, and more food than we can eat — food loaded with fat, salt, and sugar.

What’s more, many mismatch diseases are persisting or becoming more common because of how we respond to them.

“By treating the symptoms rather than the causes of these diseases, we’ve created a pernicious positive feedback loop that is a novel form of cultural change,” said Lieberman, the Lerner Professor of Biological Sciences and chair of Harvard’s Department of Human Evolutionary Biology. “We don’t pass on obesity, cavities, and flat feet to our children, but we do pass on the environments that cause them; the result is a vicious circle.”

“The Story of the Human Body” highlights seven significant steps that made us who we are today. The first five were the product of natural evolution, the last two consequences of cultural and societal developments.

“I was trying to write a book for people who are curious about their bodies and why their bodies are the way they are,” Lieberman said. “So, instead of recounting the human family tree, essentially who begat whom, I decided to highlight what I think were the seven really major transformations that turned us from apes into 21st-century human beings.”

The first key transition, causing the divergence from apes, was walking on two feet, a feat achieved by our early ancestors, including Ardipithecus, whose remains date to 5.8 million years ago, in Africa.

Lieberman weaves echoes of a modern problem — climate change — into the story of human evolution. The transition to bipedalism, he says, occurred during a period of global cooling, when the extensive rain forests — and the abundant fruit they hold — were shrinking, drying, and giving way to less-fruitful woodlands.

The second transition was brought to us by the genus Australopithecus — the famous fossil skeleton Lucy belongs here — which evolved to thrive in more open habitats by eating a diverse diet, one less reliant on fruit, and by evolving the ability to walk upright long distances to forage for food while still retaining the ability to climb trees.

Lucy and her companions’ evolution was also driven by a changing climate as Africa continued to cool down and dry out, converting rain forest to open woodland and savannah. The resulting “fruit crisis,” Lieberman writes, favored ancestors better able to seek out seeds and stems, tubers and bulbs.

About two million years ago, evolution of the first hunter-gatherers led to the first species of the human genus, the most important of which was Homo erectus. Homo erectus had a slightly bigger brain, as well as nearly human bodies, adapted for walking long distances, endurance running, making tools, throwing, and many other behaviors we now take for granted.

Then, as Homo erectus and its descendants spread over the Old World during the ice ages, they harnessed enough energy to evolve even bigger brains, and larger bodies that matured more gradually. One key adaptation that likely evolved during this transition was the ability to store large amounts of body fat essential for feeding energy-hungry brains and for helping to sustain pregnancy and breastfeeding.

Next: the origin of modern humans, Homo sapiens. Although our bodies are slightly different from other close relatives such as the Neanderthals, what really sets us apart are brains and skulls permitting more complex language, as well as more sophisticated cultural and cooperative abilities. Soon after we evolved about 200,000 years ago, we spread all over the globe, eventually becoming the sole surviving species of hominin.

Evolution didn’t cease with the arrival modern humans. But the dominant force for change in the last few thousand years has been cultural evolution, whose many benefits and costs Lieberman documents. One of the biggest changes, he said, was the transition from hunting and gathering to farming, which gave us a more food, allowing populations to expand. It also, however, changed the foods we eat and caused us to crowd together in dirty cities, leading to the rise of many infectious illnesses. Because of mismatch diseases, farmers die younger, grow shorter, and suffer from more diseases than hunter-gatherers.

The Industrial Revolution, the last major transition, began the process of replacing human labor with machines, but also saw the rise of science, medicine, sanitation, and other advances. On the plus side, ours is the healthiest era in human history, but even as we live longer, we are also ailing in ways that used to be rare or nonexistent, to a large extent because of diseases brought on by being overweight or out of shape.

Lieberman argues that an evolutionary perspective not only explains how our bodies evolved and why we get sick, but also offers lessons for how to combat obesity and chronic disease. Almost all mismatch diseases, he points out, are caused by interactions between ancient genes we inherited and modern environments we created. Because we can’t change our genes, we have to change our environments.

One obvious place to focus is on children, too many of whom are becoming overweight, “through no fault of their own, because they are doing what their bodies evolved to do, but under conditions for which these behaviors are no longer healthy.”

It’s natural to crave junk food and to want to rest all day, Lieberman points out, but to fulfill those desires wasn’t an option until recently. Since children can’t make rational decisions about their health, we have to act on their behalf in school by banning junk foods and requiring more fitness-focused exercise, he said. For adults, Lieberman advocates using “nudges” such as taxation and financial incentives to influence environment in ways that promote health.

“The bottom line is that we need help, not just from each other but from our government. And that’s where it gets contentious,” Lieberman said. “Yet, hopefully, 10 years from now we’ll look back at the fight over the sugar tax and the junk food tax and think they’re no-brainers, just as almost no one today questions the value of cigarette and alcohol taxes.”

Though Lieberman’s work highlights our Stone Age origins, he is skeptical of “paleo” diets and lifestyles. Those who think we’re optimally adapted to a hunting and gathering lifestyle misunderstand evolution, he said.

“Hunter-gatherers didn’t evolve to be healthy,” Lieberman said. “They evolved to have lots of babies.”