Lasering in on tumors 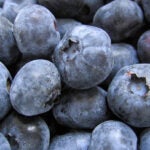 In the battle against brain cancer, doctors now have a new weapon: an imaging technology that will make brain surgery dramatically more accurate by allowing surgeons to distinguish between brain tissue and tumors at a microscopic level.

Called SRS microscopy — short for stimulated Raman scattering — a team of researchers that included Xiaoliang Sunney Xie, the Mallinckrodt Professor of Chemistry and Chemical Biology, and Minbiao Ji, a postdoctoral fellow in chemistry and chemical biology, were able to “see” the tiniest areas of tumor cells in brain tissue, and to distinguish tumor from healthy tissue in the brains of living mice. Then they showed that the same was possible in tissue removed from a patient with glioblastoma multiforme, one of the most deadly brain tumors. The research is described in a Sept. 4 paper in Science Translational Medicine.

“Biopsy has been the gold standard for detecting and removing these types of tumors,” said Xie, the co-lead author of the paper. “But this technique, we believe, is better because it’s live. Surgeons can now skip all the steps of taking a biopsy, freezing, and staining the tissue. This technique allows them to do it all in vivo.”

Developed by Xie and colleagues in 2008, SRS works by shining non-invasive lasers into tissue and detecting the weak signal that emerges. By analyzing the signal’s spectrum, researchers can build images of the cellular makeup of the tissue. By amplifying those signals, they transform a technique that once took hours or days into one that works in real time, and could offer a critical insight to surgeons in the operating room.

Since brain tissue and tumors contain different chemical makeups, researchers can create images that precisely show where the tumor “margin” — the boundary area where tumor cells infiltrate among normal cells — is located, helping to guide surgeons in the operating room.

“It’s very nerve-wracking,” Xie said of the challenge facing surgeons. “They have an MRI image, and they know what needs to be removed, but the question is: Where do you stop? A very experienced surgeon may be able to discern between brain tissue and a tumor based on subtle color differences, but many surgeons, I believe, will find this technology a useful guide.”

Working with a team of researchers led by Daniel Orringer, a physician and lecturer in the University of Michigan’s Department of Neurosurgery, Harvard researchers were able to show that the technique can be used to detect tumors in living mice, and in human brain tissue.

On average, Orringer said, patients diagnosed with glioblastoma multiforme live only 18 months after diagnosis. Surgery is among the most effective treatments for such tumors, but less than a quarter of patients’ operations achieve the best possible results, according to a study published last fall in the Journal of Neurosurgery.

“Though brain tumor surgery has advanced in many ways, survival for many patients is still poor, in part because surgeons can’t be sure that they’ve removed all tumor tissue before the operation is over,” said Orringer. “We need better tools for visualizing tumors during surgery, and SRS microscopy is highly promising. With SRS, we can see something that’s invisible through conventional surgical microscopy.”

The authors suggest that SRS microscopy may be as accurate as Hematoxylin and eosin (H&E) staining, the current approach used in brain tumor diagnosis.

In one test described in the paper, H&E staining was pitted directly against SRS microscopy. Three surgical pathologists, trained in studying brain tissue and spotting tumor cells, had virtually the same level of accuracy, regardless of which images they examined. The difference, Xie said, is that SRS microscopy can be done in real time, and without dyeing, removing, or processing tissue.

“We are glad that this technology is now taking a step forward into a clinical application,” Xie said. “With this paper, we now have the proof of principle that this can be done in human brains in situ.”