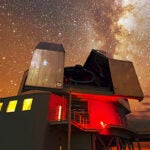 If you Google “Bill,” the first hit you get is the phrase “Bill me later.” It’s an accidental tribute to the writer-turned-activist whom everyone calls by his first name: Bill McKibben ’82, who spoke at Harvard Tuesday.

McKibben’s message for years has been that oil-based economies shelve the issue of the environmental costs of fossil fuels. When it comes to the natural systems that support humanity — clean air, fresh water, and pristine seas — the message from developing countries has been: Bill me later.

Well, the bill is due, McKibben said, and it may be too late to pay. Seas are rising, temperatures climbing, storms intensifying, and floods and droughts worsening because of fossil fuel emissions, a statement with a 95 percent chance of certainty, according to the Intergovernmental Panel on Climate Change, up from 66 percent in 2001.

“At the moment, physics is well ahead” of political action, McKibben told a crowd at Sanders Theatre, but the fight is on. There have been growing protests — many of them centered on the controversial Keystone XL pipeline — and a new movement to persuade institutions to jettison investments related to fossil fuels.

“What a strange pleasure it is,” McKibben said, to be in the tiered seating, polished wood, and stained glass venue that he remembered from lectures in his undergraduate days. McKibben delivered the annual Robert C. Cobb Sr. Memorial Lecture, sponsored by the Harvard Institute for Learning in Retirement, an arm of the Division of Continuing Education since 1977.

“My goal is to bring at least some of you out of retirement” and into a life of climate-change activism, said McKibben. That shift may even mean getting sent to jail, a life event the author endured for the first time in 2011 during a protest at the White House. Since then, he has talked with eager new older activists. “This is on my bucket list,” one told him. “Tell me how I can get arrested.”

Young people are leading climate change activism now, said McKibben, but it’s time to see “elders acting like elders” by putting their comfort on the line for a cause. “If you’re going to be arrested, please wear a necktie or a dress,” he told the audience, since those are visual signals that “there is nothing radical going on here.”

“Radicals work at oil companies,” he said, because the radical consequences of oil-slicked climate change are “burning the top of the Earth, melting Arctic ice, acidifying the oceans. What could be more radical than that?”

At the beginning of the lecture, which was delivered in a witty and extemporaneous style, McKibben offered an apology. “My role in life is basically to be a professional bummer-outer,” he said, an activist delivering stark facts, in this case on “the prettiest fall day of the year.”

But he promised to get past the worst of the talk first and fast, saying that: the Earth has just come out of 10,000 years of mild climate in the Holocene epoch and into an uncertain era of climate change; storms, wildfires, droughts, and temperatures are breaking records at a rat-a-tat pace; oceans are turning acidic; 80 percent of the Arctic ice cover was gone last summer; and in a few decades “we’ve taken one of the most basic features of the Earth [steady temperatures] and broken it.”

The Earth’s temperature has risen about 1.6 degrees Fahrenheit in the last few decades, which may not sound like much, since it’s about three-quarters of a watt per square meter of the Earth’s surface, the equivalent of a Christmas tree bulb. But taken worldwide, said the author, that extra heat equals the output of “400,000 Hiroshima-size bombs daily.”

He sketched one consequence: Each degree of temperature rise worldwide means a 10 percent cut in grain yields.

McKibben pointed to events of the past week as signs of the changing climate: forest fires in the West, catastrophic flooding in Colorado, a typhoon ripping into Japan, and rare double storms that punched both coasts of Mexico.

The signs are there for all to see, he said, even closer to Boston. “The New York City subway filled up with the Atlantic Ocean last October,” he said of Hurricane Sandy. “What more do you want? And we are only at the start — only at the start — of our global warming era,” which some analysts say will make present-day civilization impossible.

McKibben summed up the surprise and fear of climate change, saying, “This is by far the biggest thing human beings have ever done.”

After his look at the grim facts, he turned to solutions. He said that putting a price on carbon use would assure that greenhouse gases don’t just “pour into the atmosphere for free.”

More large-scale renewable energy projects would reduce reliance on fossil fuels. Germany is a success story in that respect, he said, with solar and wind power arrays that some days this summer provided half of that nation’s electricity. “Not many people go to Germany for their sun-splashed vacations,” McKibben said, pointing to the plausibility of renewable energy even in unlikely places. “There are more solar panels in Bavaria than the United States.”

In the future, he said, societies should get a boost from distributed-generation energy systems, the small-scale, decentralized power supplies that reduce vulnerability and emphasize regional resilience. (He predicted that nuclear power will play a very small part in backing away from climate change, since such plants are too slow to get on line, and too expensive for debt-crushed times.)

He suggested that building a climate-change movement could lead to the large-scale civil alliances and actions that could prove a counterweight to a moribund Congress.

McKibben discussed 350.org, the global movement that he and seven undergraduates started at Middlebury College in Vermont, where he is the Schumann Distinguished Scholar. (The number refers to 350 ppm, or parts per million, the amount of carbon dioxide in the atmosphere that was a scientific tipping point for climate change. That number is now over 400 ppm.) “Our goal was to organize the world,” he said to a patter of laughter. The group’s first global action rippled across the globe, with 5,200 demonstrations in 181 countries.

More global actions followed, and participants provided thousands of pictures from around the world. McKibben displayed some of them on a screen. Many showed what he called the most common activists in the world, who are young, poor, brown, black, and Asian. Some of the demonstrations were huge. Others were small, like one in Les Cayes, a seaport in southwestern Haiti. In the picture, seven children with signs stand ankle-deep in a flooded street.

That small demonstration argued that “your actions affect me,” said McKibben, reminding the audience that the poor in remote nations affected by climate change rely on the rich in developed nations to take action. “They can’t get to the White House to protest,” he said.

McKibben will be in Washington, D.C., Saturday for a “draw the line” action, a coast-to-coast protest against the proposed Keystone XL tar sands oil pipeline.

That pipeline is the outward sign of an environmental disaster already underway in Canada. With only 3 percent of the tar sands oil extracted so far in Alberta, he said that the ground-stripping oil mining has already disturbed a section of boreal forest the size of Scotland and created vast pools of tailings waste held back by the biggest dams in the world.

His lecture came on the official publication day of his latest book, “Oil and Honey,” a memoir of his transition from journalism to activism. (Its subtitle is “The Education of an Unlikely Activist.”)

The “oil” of the title is the symbol of his public fight, largely through 350.org, against the coal, gas, and oil industries. The “honey” is the book’s emotional antipode, recounting McKibben’s periodic visits with Kirk Webster, a Vermont neighbor who runs a small-scale, chemical-free beekeeping operation.

“His life doesn’t seem Luddite or retro. It seems advanced,” wrote McKibben, who says that regional, self-sufficient economies can buffer the effects of climate change. He called Webster, who doesn’t own a computer and writes with pencil and paper, “a solid human being, attractively and somewhat dauntingly solid.”

McKibben is a creature of two worlds, the calm of home in Vermont, with its rhythms as natural as a beekeeper’s seasons, and the rush of an activist’s life, with its 400 emails a day, 24-hour news cycle, and constant world travel that he admits leaves vapor trails of spent fossil fuels behind him.

The book was not the point of coming to Harvard, McKibben said, and he barely mentioned it, though his lecture bore the same title. But in response to a question, the book came up. He called his friend’s honey operation a sign of the “beautiful, evolving local economies” that are rebounding in an age marked by the resurgence of small farms and the popularity of farmers markets, the food sector’s fasting-growing segment.

At the end, McKibben pointed again to the joys of the fall day still in full splendor outside. But for him there was work yet to do. As the departing audience streamed past, McKibben stood outside Sanders, head down, reading the screen on his cellphone.