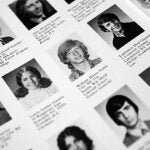 Dawn of a revolution

The National Science Foundation (NSF) is awarding grants to create three new science and technology centers this year, and it is no accident that two of them will be based in Cambridge.

Harvard University will lead a new project called the Center for Integrated Quantum Materials and, as announced earlier this month, will play a prominent role in a second project, the Center for Brains, Minds, and Machines. The two multi-institutional grants total $45 million over five years.

The two new centers promise to advance the science and engineering of quantum information technology and intelligent machines, in new directions that have yet to be explored.

The Center for Integrated Quantum Materials, based at the Harvard School of Engineering and Applied Sciences (SEAS), will receive up to $20 million over five years to fund research and education programs that explore the unique electronic behavior of quantum materials, including graphene, topological insulators, and nitrogen-vacancy (NV) center diamond, with the goal of achieving new breakthroughs in electronics, photonics, and computing.

“As we move into a post-silicon age, quantum materials are an emerging technology with enormous promise for science and engineering, and for our country’s overall economy in the form of new products and business opportunities,” says Robert M. Westervelt, Mallinckrodt Professor of Applied Physics and of Physics at Harvard, who will lead this center. “The scientists collaborating on this project have a vision of future quantum materials and quantum devices — new devices and systems that were not conceived to be possible 10 years ago. This line of research promises an impressive trajectory over the coming decades.”

Drawing on expertise in materials synthesis, nanofabrication, characterization, and device physics, Harvard’s new initiative will be a center for collaboration across diverse disciplines and institutions, including Howard University, the Massachusetts Institute of Technology (MIT), and the Museum of Science, Boston. The center will also encourage young students to pursue careers in science and engineering through an affiliated college network including Bunker Hill Community College, Gallaudet University, Mount Holyoke College, Olin College, Prince George’s Community College, and Wellesley College.

The center will integrate three areas of research. The first will involve synthesizing new materials based on graphene, the one-atom-thick carbon material that has proven extremely well suited for carrying electrons coherently and rapidly. The researchers hope to use these materials to fabricate new types of ultra-high-speed, atomic-scale devices.

The second area of research will explore a class of materials called topological insulators — materials that conduct only at their surface. Topological insulators preserve the direction of an electron spin as it travels along the surface, allowing a spin to carry bits of information in a future quantum network.

The third area of research involves the use of a single atom to store a bit of information. When a nitrogen atom replaces a carbon atom in the crystal structure of diamond, it creates a nitrogen-vacancy (NV) center, which can store information that is written and read out using light. The Center for Integrated Quantum Materials aims to integrate NV center diamond storage sites with the atomic-layer devices and topological insulator data channels to create transformative new devices and systems for storing, manipulating, and transmitting information.

“Research in integrated quantum materials crosses traditional disciplines and is precisely the type of science that a consortium like this can excel at,” says Cherry A. Murray, dean of Harvard SEAS, John A. and Elizabeth S. Armstrong Professor of Engineering and Applied Sciences, and professor of physics. “Like other nascent technologies that have benefited from government support in the past, the work of the Center for Integrated Quantum Materials has the potential to be industry-shaping in ways we cannot predict.”

Center for Brains, Minds, and Machines

The NSF also announced this month that a new, multi-institutional science and technology center will be based at MIT with Harvard faculty member L. Mahadevan as associate director.

The Center for Brains, Minds, and Machines, established by a five-year grant of up to $25 million, will investigate how intelligent beings interact with, and learn from, their environments. The lines of scientific inquiry will range from vision, language, and child development to neural circuitry and social intelligence.

Mahadevan is the Lola England de Valpine Professor of Applied Mathematics at Harvard SEAS, professor of organismic and evolutionary biology, and professor of physics. He is also a core faculty member at the Wyss Institute for Biologically Inspired Engineering at Harvard and a member of the Kavli Institute for Bionano Science and Technology, which is based at SEAS. Leslie Valiant, T. Jefferson Coolidge Professor of Computer Science and Applied Mathematics at SEAS will also contribute to the center’s work, along with Elizabeth Spelke, Marshall L. Berkman Professor of Psychology, Ken Nakayama, Edgar Pierce Professor of Psychology, and Kenneth I Blum, executive director of the Harvard Center for Brain Science.

“Our quest for the basis of intelligence is an ancient one, bolstered in recent years by our ability to create machines that have extraordinary abilities, but in narrow domains,” says Mahadevan, citing as examples IBM’s Watson, Apple’s Siri, and self-driving cars. “We are still some way from understanding the broad basis for human intelligence, which has a remarkable ability to learn from a few examples, while generalizing, adapting, and creating solutions to all manner of problems. This new center will refocus our collective efforts at trying to solve this question from multiple perspectives.”

The tremendous complementary strengths at Harvard and MIT in psychology, artificial intelligence, vision science, computational and statistical learning theory, and brain imaging will provide the center with an unprecedented ability to delve into the roots of intelligence and apply that new understanding to engineered systems.

“The selection of Harvard as a leader of these new multi-institutional centers will leverage the University’s broad expertise in emerging, vitally important new fields,” says Richard McCullough, vice provost for research at Harvard University and professor of materials science and engineering at SEAS. “In addition to advancing the state of science, the science and technology centers will serve an equally important purpose: to encourage a broad cross-section of students at various types of institutions to explore careers in science, engineering, and technology.”