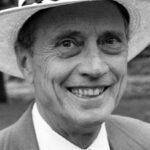 Marking its 27th year of bestowing transformative research grants on young scientists, the Brain & Behavior Research Foundation (formerly known as NARSAD, or the National Alliance for Research on Schizophrenia and Depression) announced $11.8 million in 200 new, two-year grant awards, including $719,701 in new grants to 12 Harvard researchers.

The foundation has awarded 3,497 two-year research grants to young investigators since the inception of its NARSAD Grants program in 1987. This $204.4 million investment in early career scientists’ bold, outside-the-box research ideas has reached across the world to 33 countries in an unprecedented effort by a privately funded philanthropy.

Harvard has been a major beneficiary of Brain & Behavior Research Foundation research support, receiving approximately $22 million to 258 grantees since 1987.

“Harvard University is known throughout the world as one of the great centers for neuroscience and psychiatric research,” said Jeffrey Borenstein, the president and CEO of the Brain & Behavior Research Foundation. “We are proud to support these brilliant scientists and their cutting-edge research to improve the lives of those with mental illness.”

The 2013 Harvard grant recipients are:

Roee Admon, McLean Hospital, will investigate neural networks responsible for acute reduction of positive mood in patients with depression, with the aim of guiding selection of treatments for individual patients as well as identifying those at risk for depressive disorders.

Hannah E. Brown, Massachusetts General Hospital, is exploring the gene variant MTHFR, important for folate processing and DNA expression. She will compare gene expression in people with schizophrenia who have different variants of the gene.

Joshua W. Buckholtz, Department of Psychology, is seeking to develop new means for treating the impulsive behavior that is a hallmark of bipolar disorder, addiction, attention deficit hyperactivity disorder, and personality disorders.

Erin C. Dunn, Massachusetts General Hospital, will examine the interplay of genes and environment in depression, seeking to identify the relationship between genes, exposure to adversity, and functioning.

Mei-Hua Hall, Harvard Medical School, will evaluate the effects of cognitive remediation training intervention for people with depression to guide further improvement of the treatment.

Christopher Harvey, Harvard Medical School, will apply advanced microscopy methods to measure the flow of information between two brain areas — the prefrontal cortex and the posterior parietal cortex — thought to be central to cognitive processing, often impaired in schizophrenics.

Avram Holmes, Harvard Medical School, will build upon his recent identification of a biological marker of brain dysfunction in bipolar disorder and explore whether there is similar dysfunction in major depressive disorder.

Jodi Lukkes, McLean Hospital, is exploring gender-dependent increased vulnerability in adolescent girls to depressive and anxietylike disorders, and will investigate a potential link between estrogen, social stress, and alterations in stress-related brain regions during adolescent development.

Lauren V. Moran, Massachusetts General Hospital, seeks to identify a biological marker for nicotine craving in schizophrenia patients, following up on findings that the connection between two regions of the brain decreased in nicotine addiction shows greater impairment in smokers with schizophrenia.

Anne Venner, Beth Israel Deaconess Medical Center, will explore the role of serotonin in the regulation of rapid eye movement (REM) sleep to determine if there is a link between selective REM sleep manipulation and the development and improvement of major depression.