Tommy Amaker to be honored in D.C. 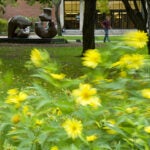 Harvard men’s basketball head coach Tommy Amaker has been selected for induction into the Washington Metropolitan Basketball Hall of Fame, adding to the growing list of honors he has received this offseason. The ceremony will be held Sept. 24 at the Omni Shoreham Hotel in Washington, D.C., as part of “An Evening with the Legends of the Game” event.

In six seasons at Harvard, Amaker has reinvented the Crimson into an Ivy League power with a national presence. Under his guidance Harvard has experienced an unprecedented run of success, highlighted by back-to-back NCAA tournament appearances and three straight Ivy League championships. Harvard has also posted four consecutive 20-win seasons and is 112-66 (.639) overall with Amaker on the sidelines, 54-30 (.642) in Ivy League play.

During the 2010-11 season, Harvard won its first Ivy crown, going 23-6 and 12-2 in the Ancient Eight, and followed that performance by winning a program best 26 games during the 2011-12 campaign en route to the program’s first trip to the NCAA tournament since 1946. The Crimson also earned the first national ranking in program history that season, reaching as high as No. 22 in the AP Poll and No. 21 in the ESPN/USA Today Coaches Poll.

In 2012-13 the Crimson captured its third straight Ivy title with a 20-10 overall record and an 11-3 conference mark. Harvard then upset No. 3 seed New Mexico in the NCAA tournament to advance to the Round of 32, marking the first postseason win in program history. Following the season Amaker was named the Clarence “Big House” Gaines College Basketball Coach of the Year Award, presented to the top minority basketball coach in NCAA Division I, the NABC District 13 Coach of the Year and was honored with the Harvard Foundation’s Leadership Award for Outstanding Leadership in Harvard Athletics and Excellence in Fostering Character, Integrity, and Intercultural Cooperation in College Athletics.

A native of Falls Church, Va., Amaker starred at W.T. Woodson High School before heading off to Duke where he would lead the Blue Devils to four NCAA tournament appearances and win the Henry Iba Corinthian Award as the nation’s top defensive player. Amaker is already a member of the W.T. Woodson Hall of Fame, the Duke Sports Hall of Fame, and this summer was inducted into the New England Basketball Hall of Fame.

Amaker will be joined at the event by his former coach at Duke and Naismith Basketball Hall of Famer Mike Krzyzewski, who will accept the Nell and John Wooden Leadership in Coaching Award. Other honorees include another former Blue Devil in Grant Hill, Phil Chenier and Paul “Red” Jenkins. Morgan Wootten, Kevin Grevey, Mike Brey and Danny Ferry are also expected to be in attendance.

To purchase tickets to the event or learn more, visit “An Evening with the Legends” website.