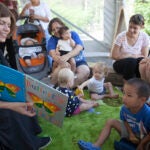 Intern from Seoul works at Joslin, plays at Sanders

If Harvard were an Aaron Copland song, says Hansung Ryu of Seoul, it would be “Hoe-Down” — “difficult to play but very colorful and exciting.”

Ryu, a summer research intern at Harvard-affiliated Joslin Diabetes Center and a cellist, had never encountered the famed American composer before joining the Harvard Summer School Orchestra, which played selections from Copland’s “Rodeo” during a concert Aug. 3 at Sanders Theatre.

Now, Ryu said, “whenever I play Copland, it makes me feel the way I do about America.”

His summer at Harvard was his first extended trip from South Korea, said the 31-year-old graduate student in Korean medicine. Ryu returned home this past week after two months as an intern in the lab of Steven Shoelson, the Helen and Morton Adler Chair in Structural Biology and associate research director at Joslin Diabetes Center, and a professor of medicine at Harvard Medical School (HMS).

Ryu —”Andrew” among his American friends — said he hopes to apply the experience he gained at Joslin to the practice of Korean medicine, which combines traditional Chinese techniques like acupuncture with Western medicine.

When he looks back at his Harvard summer, he said, he’ll think of the friendly welcome he received, the opportunity to pursue research and make music, the pleasure of strolling through Harvard Yard, and the cheeseburgers and sweet-potato fries at Mr. Bartley’s Burger Cottage in the Square. And beyond: jogging along Memorial Drive at sunset, the buzz of Central Square on a Saturday night, visits to the Museum of Fine Arts and the Isabella Stewart Gardner Museum, the Red Sox beating the Yankees at Fenway Park on an 11th-inning homer.

“I want to let students in Korea know, there are so many opportunities to have a great experience here,” he said. “I hope they will have this sort of experience.”

Ryu was one of three research interns in the Shoelson lab this summer and one of the 40 at the Joslin Diabetes Center. “We try to draw them in, and get the research bug to bite,” Shoelson said.

The internships are a win for both students and labs, said Gail Musen, an assistant professor of psychiatry at Harvard Medical School and a co-director of the summer student program at Joslin. Interns given a portion of a study to work on during the summer receive guidance from the principal investigators and postdoctoral fellows, and at the same time “contribute meaningfully” to research that affects diabetes care, Musen said.

Ryu’s work at Joslin involved tracking inflammation levels in the pancreatic muscle tissue of mice, part of a research project shedding light on the correlation between obesity and diabetes.

Away from the lab, he rehearsed with the Summer School Orchestra Monday nights at Sanders, and further practiced at the cello in time there alone. A pianist in his younger days, Ryu took up the cello only three years ago, but managed to win a place in the orchestra, a cross-section of Harvard summer students.

“The sound of the cello is very similar to the human voice,” he said. “There are so many beautiful songs to play on it.”

Several of his Joslin colleagues attended last week’s concert. In South Korea, he said, “students usually only study, study, study.” A summer at Harvard need not be so narrowly focused, one reason he hopes more of those students will seek out opportunities to visit. “It was a great experience,” he said.