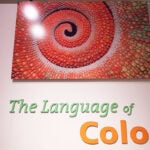 A walk in Thoreau’s woods

People from around the world traveled to the Memorial Church on Saturday for a service in honor of Harry Parker, the late Thomas Bolles Head Coach for Harvard Men’s Heavyweight Crew. In addition to the service, hundreds of former members of Parker’s crews rowed the Charles River in the morning in remembrance of Parker.

“It was inspiring to see so many members of Harry’s crews and the greater rowing community at the memorial row and service today,” said Bob Scalise, Nichols Family Director of Athletics. “We are grateful that so many people were able to travel to Harvard this weekend to honor Harry. Today has shown how many lives Harry has touched and the lasting impact he made on Harvard and oarsmen throughout the world.”

On Aug. 13, Scalise announced the hiring of Charley Butt as the Bolles-Parker Head Coach for Harvard Men’s Heavyweight Crew. Butt will become the ninth coach in Harvard heavyweight crew history, which extends back to 1852 — when Harvard and Yale met in the first American intercollegiate athletic event. Butt is just the fourth coach to lead the Crimson since 1946.