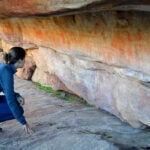 A boost to international learning

David K. “Deke” Smith of Topsham, Maine, died Aug. 14 at the age of 77, following a brief battle with cancer.

Smith was born in Rochester, N.Y., and after graduating from Harvard College in 1958, he received an Ed.M. from Harvard in 1963. He began his career as a math and Latin teacher at Groton School and then moved to Harvard, where he became director of admissions and dean of admissions at Radcliffe College from 1963 to 1970. Following his work in admissions, Smith became the assistant director of the committee of the Permanent Charity Fund, now known as the Boston Foundation. In 1977, he returned to Harvard as a senior development officer; he was also the director of the $6 million renovation project for the Malkin Athletic Center. He was one of the founding coaches of the Harvard cycling team and an adviser to many students. He left Harvard in 1986.

In lieu of flowers, donations can be made to the Harvard University Cycling Association at the Office of the Recording Secretary, Harvard University, 124 Mt. Auburn St., Cambridge, MA 02138. Checks should be made payable to the President and Fellows of Harvard College, with “Harvard Cycling” in the memo field, or visit the association’s website.