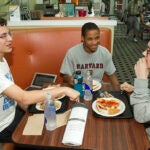 An independent report commissioned by President Drew Faust following news of email searches related to cases before the Administrative Board in fall 2012 was released on Monday.

The investigation, conducted by Michael Keating, a leading Boston attorney with the firm Foley Hoag, sought to establish the facts related to email searches carried out between Sept. 12 and Sept.15, a time when there were concerns about the confidentiality of the Administrative Board process.

In its executive summary and conclusion, the report says that officials undertook the searches “in good faith,” but were “faced with inadequate policies” on the privacy of electronic communications.

In a statement on Monday, Faust said she was “reassured by Mr. Keating’s conclusion that the individuals involved in the searches were acting in good faith, in a manner they believed to be consistent with applicable policy and with a guiding responsibility for safeguarding student confidentiality and the integrity of the Ad Board process.”

But, Faust said, the specific details discovered by the independent review reaffirmed her concern about the need for more robust University policies.

“Unfortunately, the detailed factual account in Mr. Keating’s report deepens my already substantial concerns about troubling failures of both policy and execution,” she said.  “The findings strengthen my view that we need much clearer, better, and more widely understood policies and protocols in place to honor the important privacy interests that we should exercise the utmost vigilance to uphold.”

Faust commissioned the Keating review in April. She also announced the formation of a task force to develop forward-looking recommendations concerning Harvard’s policies on the privacy of, and access to, electronic communications.  The task force, which began its work in May, is led by David Barron ’89, J.D. ’94, Harvard Law School’s Honorable S. William Green Professor of Public Law.

William F. Lee ’72, a member of the Harvard Corporation and chair of the Corporation sub-committee that received Keating’s report, said that Harvard had “much work ahead in improving the University’s policies and protocols.”

“The committee appreciates the willingness of Professor David Barron and his task force to take on that important work and to learn from this episode as we look forward,” said Lee.

In her response to the Keating report, Faust said, “We find ourselves in a time when technological change has raised significant questions about how values of privacy can be understood and maintained.

“The events Mr. Keating’s report describes must reinforce our determination to confront these issues squarely and to create here at Harvard the policies that affirm in new times the principles we believe to be both essential and enduring. I look forward to the report from the Barron task force at the end of the fall semester and to the important discussions in the coming months that will inform its deliberations.”