Roles of a lifetime 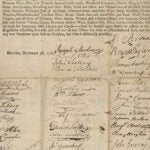 HFA celebrates Lancaster at 100, with help from his daughter

In a movie career spanning six decades and 80-plus films, Burt Lancaster played Wyatt Earp, Moses, Jim Thorpe, a pirate, a bookie, a billionaire, a gangster, a rogue general, a Nazi, a French Resistance fighter, and a convict who studies bird diseases.

Playing a soldier, he was also one-half of the most famous kiss in cinema history, a wave-washed, adulterous embrace with Deborah Kerr on a Honolulu beach in “From Here to Eternity” (1953).

Starting July 19 and running through Sept. 8, the Harvard Film Archive (HFA) will embrace Lancaster with a 20-film centennial retrospective. It’s not a kiss, but a remembrance: 100 years ago this November Burton Stephen Lancaster was born in Manhattan, one of five children in a working-class East Harlem family.

His career in movies was delayed by a long Depression-era stint as an acrobat and by service in World War II. The iconic actor — with his clipped diction, pearly straight teeth, and imposing physique — was 33 when he appeared on screen for the first time in “The Killers” (1946). (A nod to film buffs: His actual film debut was “Desert Fury,” whose release was delayed until 1947.)

The timing of his stardom made Lancaster a transitional figure of successive movie worlds: the reign of the classical Hollywood studio system, which would topple in the 1950s, and the modern era of independent producers. That makes Lancaster “a natural choice for a retrospective,” said HFA programmer David Pendleton.

Lancaster was one of the first Hollywood stars to form a production company. Hecht Hill Lancaster allowed him to avoid typecasting — because he was casting himself — and the result was a diversity of roles. Some of them odd and daring, like the titular swimmer in the 1968 film based on John Cheever’s classic story. And Lancaster crossed over to star in European movies, Pendleton noted, taking direction from cinema legends such as Luchino Visconti.

The series would have been screened at Harvard several years ago, Pendleton said, and was only delayed because a print of one of the Visconti films, “Conversation Piece” (1974), was not yet available. (The retrospective will also feature “The Leopard,” directed by Visconti and released in 1963.)

The timing of the series works out nicely for Joanna Lancaster. She is the second youngest of the star’s five children and helped to introduce the first film of the series, “Sweet Smell of Success” (1957) — a cutting, if veiled, portrait of a power-mad New York media star modeled on the fast-talking Walter Winchell. Another star in the film is the city of New York itself, with its grit, glitter, glamour, and shadows.

Joanna Lancaster, a onetime film producer who teaches sixth-grade English in Los Angeles, owns a farm in western Massachusetts — and for the next two weeks at least will try to see as many of her father’s films as she can. The Harvard series includes a special bonus, she said: “Conversation Piece,” which she has never seen.

She remembers “The Leopard,” however: The whole family spent the summer in Sicily when it was being filmed. “He wanted everything he did to look good,” she said of her father’s work — and it earned him a reputation of being difficult on the set, and of arguing with directors. “He was a pain in the ass on the set. He fought for what he wanted.”

At home, Lancaster talked a lot of shop about movie making. “He had a very large presence,” she said. “We always used to laugh that Elmer Gantry was very much how Dad behaved at Sunday night dinner.” And he sometimes asked for advice — when Joanna was 13, her father sought her opinion on a movie version of “The Swimmer,” handing her the Cheever story to read.

Her father was often boisterous and talkative, his daughter said. “We were pals.” But he was also capable of deep quiet — enough that he would tune everyone out while reading the paper or doing a crossword puzzle.

“Having said that,” she added, “he was very scary when he was angry. He had a big voice.”

Intimidation could apply to boyfriends. In high school Joanna and her beau often went to her father’s office, where he kept a 20-foot gymnast’s rope hooked to the ceiling. Lancaster was not sure he liked the boyfriend, but then the teenager scrambled all the way up. “Then he was OK,” she said.

Lancaster was proudly physical — even to the point of being uncooperative when he was sick. Joanna was on the set of “Cattle Annie and Little Britches” (1981) when her father collapsed from a bile duct blockage. They returned to Los Angeles and an ambulance met them at the airport. It was 105 degrees and the ambulance broke down on the way to the hospital. “He got out and pushed,” she said. “I couldn’t get him to behave.”

Across the HFA series, Lancaster’s cinematic gifts are on full display: a masculine intensity, a counterpoint vulnerability, and sheer physical presence. He was a basketball player on scholarship at New York University before quitting at age 19 to start a circus and vaudeville career as an acrobat.

“His physical stature and his physical grace were an important part of his becoming a star,” said Pendleton. “From the very beginning the camera took to him.”

Lancaster will show off his acrobatic past in “The Crimson Pirate” (1952), being screened at HFA July 26. As a bonus, the movie also stars Nick Cravat, Lancaster’s onetime acrobatic partner in the 1930s. They made nine films together — though in many of them (including this one) Cravat stays mute because of his heavy Brooklyn accent.

The HFA festival is in collaboration with a series under way at the Brattle Theatre. Only two films will show in both places, however: “Sweet Smell of Success” and “The Killers.”

Harvard Film Archive screenings are in the Carpenter Center, 24 Quincy St. Harvard students are admitted free. Harvard faculty and staff, along with seniors and non-Harvard students, pay a $7 admission. All others pay $9.