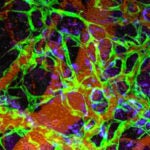 Researchers demonstrate that a two-drug combination, under certain circumstances, can eliminate disease

New research conducted by Harvard scientists is laying out a road map to one of the holy grails of modern medicine: a cure for cancer.

As described in a paper recently published in eLife, Martin Nowak, a professor of mathematics and of biology and director of the Program for Evolutionary Dynamics, and co-author Ivana Bozic, a postdoctoral fellow in mathematics, show that, under certain conditions, using two drugs in a “targeted therapy” — a treatment approach designed to interrupt cancer’s ability to grow and spread — could effectively cure nearly all cancers.

Though the research is not a cure for cancer, Nowak said it does offer hope to researchers and patients alike.

“In some sense this is like the mathematics that allows us to calculate how to send a rocket to the moon, but it doesn’t tell you how to build a rocket that goes to the moon,” Nowak said. “What we found is that if you have a single point mutation in the genome that can give rise to resistance to both drugs at the same time, the game is over. We need to have combinations such that there is zero overlap between the drugs.”

Importantly, Nowak said, for the two-drug combination to work, both drugs must be given together — an idea that runs counter to the way many clinicians treat cancer today.

“We actually have to work against the status quo somewhat,” he said. “But we can show in our model that if you don’t give the drugs simultaneously, it guarantees treatment failure.”

In earlier studies, Nowak and colleagues showed the importance of using multiple drugs. Though temporarily effective, single-drug targeted therapy will fail, the researchers revealed, because the disease eventually develops resistance to the treatment.

To determine if a two-drug combination would work, Nowak and Bozic turned to an expansive data set supplied by clinicians at New York’s Memorial Sloan-Kettering Cancer Center that showed how patients respond to single-drug therapy. With data in hand, they were able to create computer models of how multidrug treatments would work. Using that model, they then treated a series of “virtual patients” to determine how the disease would react to the multidrug therapy.

“For a single-drug therapy, we know there are between 10 and 100 places in the genome that, if mutated, can give rise to resistance,” Nowak explained. “So the first parameter we use when we make our calculations is that the first drug can be defeated by those possible mutations. The second drug can also be defeated by 10 to 100 mutations.

“If any of those mutations are the same, then it’s a disaster,” he continued. “If there’s even a single mutation that can defeat both drugs, that is usually good enough for the cancer — it will become resistant, and treatment will fail. What this means is we have to develop drugs such that the cancer needs to make two independent steps — if we can do that, we have a good chance to contain it.”

How good a chance?

The trick now, Nowak and Bozic said, is to develop those drugs.

To avoid developing drugs that are not vulnerable to the same mutation, Bozic said, pharmaceutical companies have explored a number of strategies, including using different drugs to target different pathways in cancer’s development.

“There are pharmaceutical companies here in Cambridge that are working to develop these drugs,” Nowak said. “There may soon be as many as 100 therapies, which means there will be as many as 10,000 possible combinations, so we should have a good repertoire to choose from.

“I think we can be confident that, within 50 years, many cancer deaths will be prevented,” Nowak added. “One hundred years ago, many people died from bacterial infections, and now they would be cured. Today, many people die from cancer, and we can’t help them, but I think once we have these targeted therapies, we will be able to help many people — maybe not everyone — but many people.”