In pursuit of science 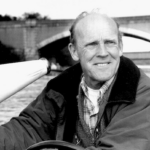 Partnerships between Harvard and Cambridge schools bring the theoretical to life

The ecoMUVE program, an online experiential learning platform, uses virtual characters to explore a decline in the number of people visiting one of two islands. Chiriboga and his classmates were asked to discover why the visitation decline occurred. The young man’s theory focused on lyme disease.

“Ticks usually bite white-tailed deer,” Chiriboga explained. “So I can infer that the more white-tailed deer, the more deer ticks, thus the higher risk of lyme disease.” But through the interactive environment, students learned that the connections on the island were much more complicated than they originally thought. While more deer had an impact, the population of small animals on the island was also an important factor.

The new program, operating at the crossroads of virtual worlds and real-life field experience, was a hit with science teacher David Suchy’s class, he said. Right off the bat, he said, “the kids loved it. … They saw things they’d never seen or thought of before.”

“It’s really engaged the kids more than I thought it would,” Suchy said. “It really meets [them] where they’re at. It looks like a lot of electronic games they’ve played, so there’s an instantaneous connection. Sometimes, they’re learning things about ecology without even realizing it.”

Chiriboga’s theory on infectious disease would later be put to the test with a field visit to the Fresh Pond Maynard Ecology Center, a local ecosystem that was the inspiration for ecoMUVE’s virtual world. There, he and his classmates tested their theories and applied their knowledge in the real world.

Lisa Scolaro, who coordinates science K-12 for Cambridge Public Schools, managed the districtwide implementation of EcoMUVE at the sixth-grade level this spring after the success of its pilot program last fall. Scolaro said that the partnership with Harvard researchers allowed for a “cross-pollination” of ideas between local schools and the University.

“Harvard is right there with us. They’re a real partner, and are always at the table,” Scolaro said. “For our students, it helps them to see what’s actually happening around them right here in Cambridge, and to see themselves at Harvard. We can inform what’s happening in the Harvard Graduate School of Education (HGSE), and learn more about cutting-edge research into best practices. … I don’t think you can ask for a better collaboration.”

This spring’s ecoMUVE program was nurtured through a deepening collaboration between Harvard and the Cambridge schools, with both partners putting special attention on middle schools.

Every middle school child in Cambridge’s new upper school system participated in research-based teaching and learning this year through ecoMUVE and two other Harvard programs that support science learning. In addition to ecoMUVE serving the sixth-graders, Harvard’s long-standing Project TEACH gave all Cambridge seventh-graders the opportunity to learn about college and science on campus. Also, the School of Engineering and Applied Sciences’ annual Science and Engineering Showcase offered science experiences by faculty and graduate students and a science project showcase for eighth-graders.

“Harvard’s partnership with Cambridge Public Schools is exceptionally strong,” said Superintendent Jeffrey Young. “This year, Harvard has helped with our transition to the new upper school model with robust programs supporting high-quality teaching and learning and meaningful academic experiences for every middle-grades student in Cambridge. It’s a partnership that can help us capture children’s interest in learning in their critical, formative, middle school years.”

“It’s putting technology to use in the classroom in the right way,” she said. “Every student going on that field experience has something they can draw on through the ecoMUVE experience.”

Tina Grotzer, associate professor of education at the HGSE and co-principal investigator on the EcoMUVE project with Chris Dede, Timothy E. Wirth Professor in Learning Technologies, said that the project helps local students to reason about the underlying causal structure of science, probing patterns that are often extremely complex.

“It helps students to grasp and see things that they otherwise wouldn’t recognize,” Grotzer said. “We created a world that kids could come into and explore. But in the course of their exploration of that world, they are exposed to more expert thinking about that world” through interacting with simulated botanists, bird watchers, population specialists, and public health interns.

That kind of in-depth exploration with multiple viewpoints, Grotzer said, teaches students not only “the patterns of reasoning; it also teaches them to be sensitive to patterns, to perceive patterns, and attend to them more the way an ecoscientist would. They get to make that novice-to-expert shift, with the tools in the program to help them.”

The ecoMUVE middle school program was planned in the summer of 2012 and adopted in the schools shortly after the Next Generation Science Standards (NGSS) were released this April. Reflecting a new vision for American science education, NGSS emphasizes the interconnected nature of science as it is practiced and experienced in the world, building concepts from kindergarten through high school, while focusing on a deeper understanding of content as well as applying it. Skills such as collecting and analyzing data to understand concepts and ideas, championed in the NGSS, are addressed through ecoMUVE.

“Faculty, staff, and students across Harvard University are deeply engaged in Cambridge public schools, and this partnership is a perfect example of our shared commitment to education,” said Christine Heenan, vice president for Harvard Public Affairs and Communications. “Harvard and Cambridge share an enormous stake in the education of our schoolchildren, and we know creative partnerships can make a difference in strengthening schools, young people, and society as a whole. This is a long-standing partnership that will continue to grow over time.”