A globe-trotter, by design 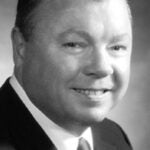 Three very different prospects await him, but concerns about culture shock haven’t crossed his mind. His undergraduate biomedical research has already taken him to at least six countries — including Norway, the United Arab Emirates, and China — and he’s fluent in Mandarin and Spanish.

“I believe the best way to get to know someone is to have a conversation in their own language,” he says. “At some point, Arabic would be a good pick-up, and I guess while I’m in India I’ll try to learn Hindi. That’ll take care of another sizeable chunk of the world population.”

He’s not joking. Marks’ drive to connect and to build community is matched only by his urge to improve the quality of medical care for people around the world.

“When he knows what he wants to accomplish, he doesn’t let anything stand in his way,” says Marks’ former adviser, Sujata Bhatia, assistant director for undergraduate studies in biomedical engineering at the Harvard School of Engineering and Applied Sciences (SEAS). “He is sincerely motivated to make a positive difference using the tools of biomedical engineering, both at Harvard and worldwide.”

“When I go to a hospital or see a doctor,” Marks says, “the first thing I do is look around: What kind of cool ‘toys’ and gadgets do they have around the office? What do they do? How do they work?”

In India, he will visit city hospitals and rural clinics to learn about the nation’s health care system and try to identify opportunities for improvement. One effective device, he explains, can amplify the knowledge and efforts of individual clinicians and improve the quality of care for perhaps millions of patients. And Marks has a particular aptitude for innovative design, rooted in technical knowledge, as well as the problem-solving mentality of an Eagle Scout.

“Sometimes it’s those kinds of solutions that you would normally not envisage being possible, useful, or practical that end up working really well,” says Marks, who admits having used dental floss to add the finishing touches to a blood filtration system he designed in his senior year at Harvard.

It’s an attitude he attributes to Maurice Smith, associate professor of bioengineering, who taught Marks as a freshman in ES 53, “Quantitative Physiology as a Basis for Bioengineering.”

“If, at the beginning of my career, there was one professor who made a difference, it was Maurice,” Marks says. “He’s responsible for giving me the bug for engineering. He just approached things in such a different way from everyone else. It was exciting. His methodology was to look at a problem and see what you had and where you could go from there — not looking at what everyone else had done and trying to figure out what came next.

“But he also just taught me to persevere in problem-solving. Even if a problem makes no sense whatsoever, you can still find a way to get at it. That’s a skill that’s served me well in many different facets of life.”

A native of Hollywood, Fla., Marks attended boarding school in New Jersey and spent several summers in China. He ran out of math classes in high school and applied to colleges as a junior.

For a young man who ultimately would devote his spare time to leading prospective students on official tours of SEAS, Marks had a fairly unusual approach to college visits. He’d stand on a street corner interviewing students as they walked by: “What do you like about this place? What don’t you like? Where would you have gone if you didn’t come here?”

Finally, though, Marks’ decision came from the gut. Paused outside Holworthy Hall one October day, he watched the students lounging in the Yard. “They just looked really happy,” he recalls, “and for whatever reason I decided that Harvard felt right.”

When he arrived on campus that fall, he says, he “just sort of fell into the place.”

“When you’re interviewing people who you see on TV on a regular basis, it’s pretty cool,” Marks says with a shrug.

Understated but intensely driven, Marks contributed at Harvard to many design projects, including a deep-sea turbine to generate electricity for the Woods Hole Oceanographic Institution; a moon-landing robot for a NASA competition; a biocompatible, injectable gel that solidifies as it warms to body temperature; and a software program called Shoesy, which analyzed biomechanical data to identify the best-fitting pair of shoes.

“William has an incredible ability to quickly learn new things, process information, and apply what he has learned,” remarks his adviser, Bhatia. “He’s exceptionally good at thinking on his feet.”

Marks graduated in May 2013 with bachelor’s and master’s degrees in engineering sciences (and a secondary field in computer science). He now has the opportunity, if he chooses, to pursue a Ph.D. in medical materials at Cambridge and an M.B.A. here at Harvard.