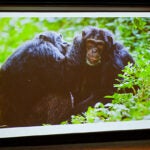 At conference, grad students learn to reach wider audiences with their work

It’s one thing to conduct good science. It’s another to get people to notice.

“We are trying to empower graduate students to communicate science so that they can tell others about the research they’re doing,” said Nathan Sanders, a third-year graduate student in Harvard’s Department of Astronomy and a co-chair of the Communicating Science Conference’s Organizing Committee.

ComSciCon, sponsored by Harvard and Massachusetts Institute of Technology, was a three-day workshop during which 50 graduate students chosen from 700 applicants interacted with each other and with experts to improve their science communication.

During ComSciCon, which was held at Microsoft’s New England Research and Development Center in Cambridge, the grad students presented one-minute “pop talks” before the start of every expert session. As the “pop talkers” summarized their research, they received real-time peer feedback in the form of handheld green posters reading “awesome” or orange posters reading “jargon.”

For example, when one grad student discussing amino acids started using acronyms for particular cells, orange “jargon” posters went up all around the room. Harvard grad student Cat Adams, who studies the evolutionary ecology of plant-fungal interactions, saw a roomful of green “awesome” posters after her talk began with: “Have you ever wondered why chili peppers are spicy? Chili peppers are spicy because they produce a chemical to fight off fungi.”

In one session, Harvard’s Robert Lue discussed how to use visualizations to communicate science. Lue, a professor of the practice of molecular and cellular biology in the Department of Molecular and Cellular Biology, has created amazing videos to help people understand that “Wow, there’s really a lot going on within cells.” He showed a few videos to ComSciCon attendees. Lue said that while the films may run the risk of oversimplifying the complexity of cells, they serve “to spark engagement.”

Lue, who is also the Richard L. Menschel Faculty Director of the Derek Bok Center for Teaching and Learning, stressed “the importance of engaging the heart as well as the mind.” Visualization is a useful tool. “Never have we seen the opportunities that we see today to communicate science in ways that are engaging and interactive using multimedia,” he said. Lue described the present landscape as “a golden age” for integrating multimedia tools and learning. Driving engagement, whatever the method, is a precondition to deeper learning.

“And don’t knock cat videos either,” Lue said with a smile, referencing the most viral videos on YouTube. “If I could do cat videos to show protein-protein interaction, I would.”

Another session explored getting science writing published outside academia, whether as books or magazine articles. Marcia Bartusiak, professor of the practice and executive director of the Graduate Program in Science Writing at MIT, said that “story ideas are the coin of the realm” in science writing and that science is full of great stories. Profiles of scientists are in demand, as are explanations of cutting-edge research. Even the dynamics inside a laboratory present great dramatic material, she said. Mathematics, perhaps the least-accessible science, offers great drama too, Bartusiak told the Gazette, because “Most mathematic stories begin with an interesting character, an unusual and eccentric genius who’s figured out some mystery.”

Science journalist Daniel Engber offered tips on finding ideas, suggesting “read widely, and talk to people. Even silly observations during your day can turn into science stories. For example, I’ve just started a story for Slate about why there’s no toothpaste in hotel rooms.”

When a grad student asked about conducting effective interviews with scientists, Bartusiak said, “Sometimes it’s best to play dumb so the subject will be forced to translate the science into understandable language. I like to ask scientists, ‘How would you explain this to your mother?’”

Writing was emphasized, as the grad students reviewed each other’s work and then received expert reviews. Bartusiak explained how translating the jargon and numbers of science for public consumption is vital: “Most scientific research is publicly funded, and if the public gets too far away from science, they could support cutting that funding.” Much continued federal funding for research already is under siege.

So what makes good scientific communication? A few apparent best practices emerged. Harvard Professor of Astronomy Alyssa Goodman, who helped to organize the conference, also stressed the importance of communicating science as stories. The third of Goodman’s “Ten Tips for Communicating Science with Scientists” was “Turn your work into a compelling story.” Communicators need to explain what the science means in a wider context and structure engaging narratives that have a beginning, middle, and end. Another theme was the need to find the right balance between making the science broadly accessible and offering more depth.

Shannon Morey, an MIT grad student in chemistry and a co-chair of the conference’s organizing committee, said that ComSciCon got her to think seriously about how to reach  nonscientists. “Scientists shouldn’t overestimate their audience’s knowledge,” she said, “but they shouldn’t underestimate their intelligence either. People are smart, and you need to find the right balance between accessibility and going into too much depth.” Elisabeth Newton, a second-year grad student in Harvard’s Department of Astronomy and a writer for the online journal Astrobites, agreed, saying: “There’s a need to offer a broader context and to communicate the big idea,” rather than getting too granular.

Bartusiak summed up the sessions by saying: “I love that these young scientists want to let people know why science is so important. I’ve had such a fun time with them these last few days.” ComSciCon offered attendees many reason to flash their green “awesome” posters.