Reputation as a lever 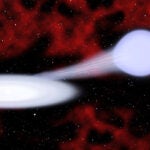 Songs from the stars

Whether it’s an effort to increase recycling, reduce energy use, or cut carbon emissions, the conventional wisdom says that the best way to get people to do the right thing is to make it worth their while with cold, hard cash.

But there may be an easier, cheaper way: appealing to a person’s sense of reputation.

Using enrollment of thousands of people in a California blackout prevention program as an experimental test bed, a research team found that although financial incentives boosted participation slightly, making participation in the program observable — through the use of sign-up sheets posted in apartment buildings — produced a threefold increase. The team included Erez Yoeli, a researcher at the Federal Trade Commission; Moshe Hoffman, a visiting researcher in Harvard’s Program for Evolutionary Dynamics (PED); David Rand, formerly a postdoctoral fellow at PED and now a professor at Yale; and PED Director Martin Nowak. The study described is in a paper published this week in the Proceedings of the National Academy of Sciences.

“We wanted to see how observability compares to a cash incentive for getting people to act to benefit the common good. The answer is that observability is really dramatically better,” Rand said.

Observability proved to be the key factor in the results, the researchers said, because it puts a person’s reputation at stake.

“When people know it’s a cooperative effort, they feel peer pressure to take part,” Rand said. “They think, ‘If I don’t do this, I’m going to look like a jerk.’ But if it’s not observable, then there’s no problem with not participating.”

Added Hoffman: “In fact, we think this is one reason why the Prius, for instance, is such a different-looking car. The designers at Toyota seem to have intuitively had this idea: designing a car that didn’t look like any other car so your neighbors can tell you’re driving a hybrid.

As part of the blackout prevention program, residents were asked for permission to install a monitoring device on their air-conditioning system. If power demand spiked, the device would automatically adjust the air-conditioning temperature to reduce electricity demand and not overload the power grid.

In the study, researchers randomly offered people one of two ways to sign up for the program.

“The idea was that in one case, it’s anonymous, and in the other, it’s observable — everyone can see who has and hasn’t signed up,” Rand said.

To support the notion of observability driving participation, Yoeli and colleagues point to three pieces of evidence.

First, tests showed that the effect was greater in large apartment buildings — where more people were likely to see the sign-up sheets — than in row houses, which have less common space.

Second, tests showed that the effect was more pronounced among people who own their apartments than among renters. “People who own their apartments are real, permanent members of their community,” Rand said. “They are more likely to care about what other people in the community think of them. If you are a renter, by comparison, you may not even know any of your neighbors.”

Finally, tests showed observability only increased participation when the program was portrayed as a communitywide benefit.

“We showed that signing up only matters when others can see it, and particularly when people you care about can see it. But we also wanted to show that it matters whether people think you are being cooperative or not,” Rand said. “If you think about the way reputation works, you can get a bad reputation for being selfish, but things that don’t involve a cooperative element — like signing up for a promotion offered by your utility that has no effect on others — aren’t going to affect your reputation.”

The study suggests that similar strategies could be relatively cheaply and easily employed across a range of initiatives.

“This finding is very policy-relevant, because we’re talking about changing real-world behaviors that are economically significant,” Rand said. “The moral here is that these type of reputation concerns deserve a prominent place in the tool kit used by policymakers to encourage people to do things that benefit the public good. We think that observability and reputation concerns are powerful tools that are being underutilized.”