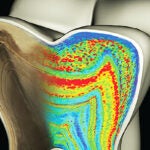 Officials from a dozen nations gather at Harvard to network, learn leadership skills to reduce problems at home

More than a dozen serving health ministers from Africa, Southeast Asia, Latin America, and the Caribbean gathered at the Harvard Kennedy School (HKS) this week for a three-day gathering that is a key part of a broader program to enhance the effectiveness of such officials in developing and middle-income countries.

The aim of the Ministerial Health Leaders’ Forum, jointly convened with the Harvard School of Public Health (HSPH), is not to improve the ministers’ technical knowledge of health topics, but to help them become more effective leaders. The sessions, which ran through Wednesday, were participatory, allowing attendees to share their experiences and learn from each other as well as from faculty.

“The principal purpose is to enhance leadership effectiveness of serving ministers of health with the goal of enabling them to carry out health reform in their countries in order to strengthen national health systems,” said Michael Sinclair, executive director of the HSPH’s Ministerial Leadership in Health Program and director of global programs for HSPH’s Division of Policy Translation and Leadership Development.

Sinclair said that a health minister’s role is complex. To be successful, the official must be an astute political operator, has to understand health systems, and needs to be an effective administrator. Most such ministers are highly educated but come from health care backgrounds; they may not be well-versed in how to be effective in a national political environment.

The forum was part of a larger focus on health leadership at HSPH. Dean Julio Frenk, a former minister of health of Mexico and the host of the event, said Monday that one of the School’s goals is to ensure that knowledge is translated into practice. One way to do that, he said, is to engage with nations’ top health leaders and ensure they have the tools to enact necessary health reforms.

“Part of our core mission is to ensure that knowledge is translated into policy,” Frenk said. “Effective leadership is a crucial link in that chain.”

Frenk said when he was Mexico’s health minister from 2000 to 2006, he lacked a support network of people in the same position. One goal of the workshop is to create such a network that participants can tap into after they leave Cambridge.

The sessions were immersive, Sinclair said, starting with working breakfasts at 7:30 a.m. and running through working dinners. The topics included transformational leadership, policy analysis, priority setting and political strategy, allocating resources, working with finance ministers, and prioritizing maternal and child health. The sessions, which were held in the Taubman Building at HKS, were co-sponsored by HKS and HSPH, in association with the Children’s Investment Fund Foundation.

In addition to the ministers and Harvard faculty members, the forum drew on an “expert resource group,” made up of former health or finance ministers from around the world who could offer advice drawn from their own experiences.

The participants were asked to focus on one key health reform needed in their systems and to think about ways to change it as they proceeded through the workshop. When the ministers return to their home countries, organizers will offer technical support in carrying out the reform.

Hussein Ali Mwinyi, the Tanzanian minister of health and social welfare, said Monday that he hoped not just to get knowledge from Harvard faculty members, but to acquire best practices from his colleagues.

Tanzania, he said, needs to transition from programs focused on one disease or condition to an overall strengthening of the health system. The nation is seeing a rise in non-communicable diseases, he said, even as it continues to fight infectious diseases and to work on basic health indicators such as maternal and child health.

Florence Guillaume, Haiti’s minister of public health and population, said her biggest challenge is reaching the 40 percent of Haitians not covered by basic health care even as the nation gets its health system back on its feet after the devastation of the 2010 earthquake that destroyed, among other things, Haiti’s largest hospital. She also wants to better coordinate the many different nonprofit aid programs that have been operating in the Caribbean nation since 2010.

The leadership challenge, she said, is coordinating the work of the many private actors so that collectively, together with the government’s efforts, progress is made toward national health goals.

“It has been frank, candid, and objective,” Guillaume said of the early sessions. “It’s amazing. This is a really good initiative.”