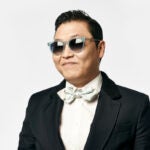 She may not be addressing the world on live television May 29, but Soledad O’Brien’s words will undoubtedly resound with the Class of 2013. O’Brien, a CNN special correspondent, will speak to graduating seniors on Senior Class Day, held in Tercentenary Theatre.

“We get to hear from a lot of incredible individuals who come to speak at Harvard, but it’s rare to hear from someone who has achieved such success and who not only can relate to our lives as undergraduates, but specifically wants to share her story with us, the Class of 2013,” said First Marshal Nina Yancy ’13.

An acclaimed journalist, O’Brien graduated from Harvard in 1988 and has since reported on breaking news from around the globe. In 2011, she won an Emmy for “Crisis in Haiti” in the category of Outstanding Live Coverage of a Current News Story — Long Form. O’Brien was part of the coverage teams that earned CNN George Foster Peabody Awards for its coverage of the BP oil spill and Hurricane Katrina, and an Alfred I. duPont Award for its coverage of the Southeast Asia tsunami. The National Association of Black Journalists named O’Brien the Journalist of the Year and she won the Edward R. Murrow and RTDNA/UNITY award for “Latino in America” in 2010. O’Brien has been integral in hosting and developing the award-winning “Black in America” franchise, one of CNN’s most successful international franchises. In 2010, she wrote a critically lauded memoir, “The Next Big Story: My Journey through the Land of Possibilities,” which chronicled her biggest reporting moments and how her upbringing and background influenced these experiences.

“This is a journalist who has done work on issues that have ignited so many members of our class during our time in college — from social justice to disaster relief,” said Second Marshal Scott Yim ’13.

O’Brien recently entered into a unique production and distribution agreement with the network to produce long-form programming specials through her company, Starfish Media Group. Launching in June, the media production company and distributor will be dedicated to uncovering and producing empowering pieces that take a challenging look at often-divisive issues of race, class, wealth, opportunity, poverty, and personal stories.

Class Day ceremonies will take place at 2 p.m. on the day before Harvard’s 362nd Commencement.