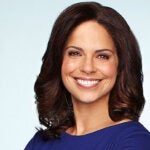 Addressing an audience of students and staff during Morning Prayers in the Memorial Church, Jillian Lubetkin ’13 recalled how, earlier in her life, dancing made up her entire identity. “Dancing was what I did,” she said. “It was who I was.”

But when she was a senior in high school, that intuitive ability began slipping away. Diagnosed with postural orthostatic tachycardia syndrome, an autonomic nerve system condition, Lubetkin was “robbed of her passion,” and became “a girl who danced no more.”

Deferring her first year at Harvard, Lubetkin initially despaired when she realized she was now a “former” dancer. But while she may no longer be able to perform, Lubetkin said choosing to let go of that former self, while still celebrating that former identity, allowed her to reconnect with the creative spirit that made her want to dance in the first place.

“My passion for free and authentic expression — that very passion which attracted me to dance in the first place — still lives,” she said, during the first in a series of “Senior Talks” on April 30.

“Life will make ‘formers’ out of all of us at some point,” she said, adding that it would be reductive to suggest that loss is a gift. “But I can say that letting go … bestows upon us the freedom to sculpt new selves.”

The Adams House resident’s inspiring story was the first of the 13 “Senior Talks” scheduled during Morning Prayers, held at 8:45 a.m. Monday through Saturday in the Memorial Church.

Nathaniel Katz, Epps Fellow at the Memorial Church, said that although undergraduates often speak at Morning Prayers, the “Senior Talks” series gives seniors the opportunity to reflect upon their time at Harvard.

In a Morning Prayers address the day before “Senior Talks” began, Katz, who coordinated the series, said that it evolved out of discussions with seniors in an effort to help them say goodbye to Harvard and return to “the big real world.”

“This year, these questions hold special importance for me because, like our seniors, I am preparing to say goodbye to this extraordinary place,” said Katz, whose fellowship at the church is coming to an end. By saying goodbye, Katz said, we acknowledge and show gratitude for the impact we have on one another’s lives: both for the ways in which others have changed us, and the ways in which we have changed them.

“These 13 mornings will provide an opportunity for wisdom to be passed down from seniors to underclassmen, and for the entire campus to celebrate the contributions of the Class of 2013 to our Harvard community,” Katz said. “We’re hoping that each House will bring its unique spirit to the Porch for all to experience and enjoy.”

The “Senior Talks” initiative follows the recent inauguration of the steps of Memorial Church as the Porch, a new common space dedicated to “the grace that comes from simply spending time in community,” Katz added.

One senior from each of Harvard’s Houses will speak over the next several days. The May 9 speaker is Fred-Ivo Baca of Leverett House. The talks conclude with Cassandra Thomson of Winthrop House on May 16. For a full list of speakers, visit the Memorial Church’s website.