Her wheels are always turning 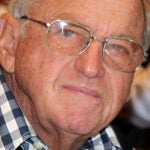 As an urban planner, she hopes to help create greener, bike-friendly cities

For busy bicyclist and blogger Alice Anne Brown, MUP ’13, the wheels are always turning. They turn in her mind at Harvard’s Graduate School of Design (GSD), where for two years she has studied urban planning — especially how bicycles can make cities more livable, lovable, and viable.

And the wheels turn for Brown on the road, where she logs five to 20 miles a day on her one-speed Westport cruiser. It has fat wheels, pedal brakes, a single gear, and a seat that makes her sit up straight, all the better to just look around. (For weekend distance rides, she keeps a Specialized Dolce.) “I’m a three-city girl,” said Brown, whose home is in Somerville, school is in Cambridge, and work is in Boston (as a project manager at Boston Bikes, a citywide cycling initiative).

She was born in Detroit, the Motor City, but her core passion revolves around how pedal power could be at the heart of a safe, practical, and low-impact urban life. Brown has ridden the bike lanes in many of the 22 countries she’s visited, though two years ago she was obliged to climb Mount Kilimanjaro on foot.

“There is no better way to really see a place,” she said of biking. Her childhood seemed to be on wheels too, and rolled through Michigan to Maryland and back to Ohio for her father’s engineering career. Mostly, she grew up in the village of Baltimore, Ohio, where home was on five acres with a pond. She swam, ice skated, played the flute, and dabbled in 4H. (“I was a disaster at cooking and sewing,” she said.) Her younger brother took to country life, but “I have searched for cities ever since,” said Brown.

At Ohio State University, Brown studied physics, then switched to mathematics. (She also rowed crew and played ice hockey.) As an undergraduate senator, Brown sat on a town-gown planning board that piqued her interest in how cities worked, including streetlight audits and regulations for commercial frontage. In 2003, armed with dual degrees in math and philosophy, Brown moved to the Bronx, where for five years she taught math to sixth- and eighth-graders.

Even when teaching, Brown felt intimations of the career she ultimately would embrace: planning that would make the world’s cities greener. She spent many hours in New York’s Central Park, a place that she said feels like her real home. In a life-changing experience, Brown led her class through a unit on sustainability, including a look at the “No Impact Man” lifestyle. For a week, she rode her bike everywhere.

When she moved to Ethiopia in 2008 for a three-year teaching job in Addis Ababa, her bike came with her, as did her interest in public spaces. Brown surveyed city parks in the capital. She also studied the ubiquitous and cheap 14-passenger minivans that provide informal public transport in much of East Africa. She realized that her interests had converged into a desire to study urban planning.

“I wanted to change things,” said Brown, who applied to the GSD, was admitted, and started in September 2011.

What’s next? “I could go anywhere,” said Brown. She has new skills at planning and assessment and a vision of cities where streets are designed for more than cars. Still, she added, “I don’t want to be just the bike girl.”