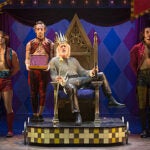 In the 18th and 19th centuries, thousands of petitions were sent to the Massachusetts Legislature asking lawmakers to abolish slavery and end segregation, and urging them to refuse to cooperate with the federal Fugitive Slave Act. The petitions — signed and circulated by abolitionists and former slaves, as well as members of the literary and social elite — help to paint a clearer picture of the lives of African-Americans in the young United States.

A project undertaken by the Center for American Political Studies at Harvard University is cataloging, transcribing, and digitizing 4,000 to 6,000 of the petitions housed at the Massachusetts State Archives, making them accessible to scholars around the world.

“These are some of the first petitions prepared, signed, and circulated by African-Americans in North American history,” said Daniel Carpenter, the center’s director and leader of the project.

Although Massachusetts abolished slavery in 1783, the petitions show that passage of the Fugitive Slave Act (1850), the Supreme Court’s Dred Scott decision (1857), and segregation in the free North created great uncertainty among African-Americans and in the broader community.

“Even though Massachusetts abolished slavery very early, there were still many forms of segregation that continued, and there were these many threats to the freedom of African-Americans,” said Carpenter, the Allie S. Freed Professor of Government. “These petitions clearly show recurrent waves of fear and anxiety that swept through African-American communities and networks in and around Boston. Even though there was this notion of freedom in the North, there was this sense [that] they were not going to be immune from attempts to re-enslave them or regulate their lives in ways that would be unimaginable for any other population. That’s what these petitions show.”

Included in the thousands of petitions are first-person accounts of former slaves and free African-Americans seeking aid and full rights. For scholars, the use of the documents will be invaluable in research and teaching.

“Any handwritten document from African-Americans in the 18th or 19th century is enormously valuable and quite rare,” said Henry Louis Gates Jr., Alphonse Fletcher University Professor and director of the W.E.B. Du Bois Institute for African and African American Research. “So seeing these signed by black people demanding their full equality and freedom is quite exciting.”

Gates added that the petitions will help further illustrate differences in the African-American community at the time, something he tries to highlight in his teaching.

“People talk about the African-American community as if it were a village, but it was a large and diverse entity, and that is something we try to stress,” Gates said. “This will help us to understand the nature of free Negroes in the North and their concerns about freedom as well as their concerns about ending slavery for their brothers and sisters still held in bondage.”

“These show a form of political consciousness that is emerging,” said Carpenter. “And it’s not just African-Americans, but is also women and groups who are emerging from the political shadows to express a collective voice. It was a very public act to sign a petition in this period, and during this period, petitioning could be controversial. So this was a very public activism that was taking place.”

The Center for American Political Studies received a Humanities Collections and Reference Resources Foundation grant from the National Endowment for the Humanities for the project, which in addition to the digitized petitions will include an interactive map, with connections to statistical and geographical data. Completion of the project is slated for June 2015.