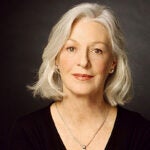 For post-Harvard Cesar Alvarez, a broader worldview, the same foundation

In a single day during the recent Arts First festival, he joined a performance with NAHC’s Harvard Intertribal Dance Troupe, and then served as Head Man Dancer in the Harvard Powwow: six straight hours of dancing, in total.

“I loved every minute of it,” said Alvarez. “Being the Head Man Dancer is a great honor.”

Alvarez is from Four Bears in western North Dakota, a community of about 400 in the Fort Berthold Indian reservation. If the move to Harvard was a major transition, the experience has reinforced values he’s carried since childhood.

“I understood that sense of community from an early age,” he said. “If you saw someone was having a hard time, then you reached out to that person. That concept really follows you wherever you go.”

As a sixth-grader, Alvarez got his first hint of where he might end up when he asked his mother what college was and her answer included mention of Harvard.

“When I asked her what that place was, she said, ‘That’s where you go to really make something of yourself,’ ” he recalled. “When I told her that’s where I wanted to go, she just said, ‘OK. You’re going to do this.’ ”

It was that matter-of-fact determination, Alvarez said, that drove him to do his academic best — a challenge he sometimes took to extremes, such as when he drove three hours in a 30-degree-below wind chill just to take the SATs during his junior year, a score crucial for a student’s college application.

And his mother, who often worked double shifts as a bartender in the reservation’s casino, was a steady inspiration.

“She did what she needed to do to provide for us,” he said. “Sometimes she’d leave for work at 8 a.m. and come home at 2 a.m., but I remember staying up just to talk to her. We had humble beginnings, but she worked for everything we had, and we always had each other.”

On graduation day mother and son will celebrate face to face. Alvarez’s grandmother and uncle will also make the trip.

While deeply proud of his roots, upon arriving at Harvard Alvarez was determined to stretch beyond his identity as a Native American, embracing his Hispanic heritage and exploring his love for music as a drummer in the Harvard University Band.

Alvarez chose a government concentration. Last summer he interned with Sen. Kent Conrad of North Dakota; he’s also spent time working for his tribal government in North Dakota. Although he plans to enroll in law school and perhaps pursue public service down the road, his immediate interest lies in the nation’s capital, working on Indian policy and issues concerning his home state.

“Harvard’s broadened my worldview and made me more appreciative of culture in general, it’s reaffirmed and strengthened my personal commitment and views both to my Native American and Hispanic side …  and it’s just made me more worldly, in academia and with people.”