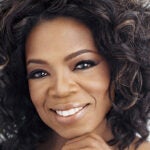 Jesse Kaplan may be the only entrepreneur on campus who’s more likely to be hunched over a sink doing dishes than over a laptop writing code. But then, the founder of Harvard’s first student-run coffee shop was never too concerned with adhering to someone else’s concept of success.

“I like doing things my own way,” the graduating senior said one recent afternoon as he set up chairs in Cabot Café, the cozy study spot and performance space that he launched two years ago in the Cabot House basement. It was a statement — or an understatement — not just of his preference for furniture arrangements, but for plotting an unusual path at Harvard.

After growing up in nearby Newton, Kaplan was intent on leaving the Boston area after high school. But the ambition and energy of Harvard students attracted him to the College, and as a freshman he threw himself into campus life with a polymath’s vigor. By sophomore year, he was involved in everything from hip-hop and Indian dance to a cappella to SAT tutoring for disadvantaged youth. He led admissions tours, tutored in the economics department, joined a fraternity, organized events for Hillel House, and performed in two musicals on campus, all while maintaining a perfect GPA.

And then, somehow, he got bored.

“I pretty quickly exhausted all the things I saw myself getting out of Harvard,” the economics concentrator said. “I made a conscious decision to invest the next year or two of my life in something I would have complete ownership over, something that would last beyond my time here.”

The café, which he conceived as a sophomore with his Cabot roommate (and coffee enthusiast) Dan Lynch, gave him the purposeful project he sought. It also gave undergraduates living in the Radcliffe Quad — a location both beloved and bemoaned for its remove from the bustle of the Square — a place to grab a snack or a latte after dining hall hours, as well as a place to socialize, host events, and, of course, cram.

“As soon as we created this comfortable space with caffeinated drinks, we attracted all the studiers, which in retrospect seems obvious,” Kaplan said with a laugh.

With a $3,000 loan and the support of Cabot House Masters Rakesh and Stephanie Khurana, they transformed a dilapidated basement space — once a Quad convenience store — into a performance venue, student art gallery, and coffee shop for a four-day trial run in the spring of 2011.

“We had events every night, and it was packed,” Kaplan said.

To prepare for the café’s formal opening that fall, Kaplan put in 10- to 15-hour days. He became a certified food protection manager, obtained permits from the city of Cambridge, wrote a “barista bible” training manual with Lynch, and hired a staff. The café is now open five nights a week; additional grant money and profits have been put back into the café for improvements.

“It’s not hugely profitable, but it’s completely sustainable,” he said.

Profit margin aside, the café is possibly the best-known student enterprise at Harvard — a precedent-setting success, Kaplan hopes, for future partnerships between the University and budding entrepreneurs.

“I think if I had known how much work it would have taken, I wouldn’t have done it,” he said, reflecting on a weeknight schedule that kept him on call until 2 a.m. “But I’m glad I didn’t know.”

After two years of running a brick-and-mortar operation, Kaplan spent his last semester interviewing at early-stage digital startups in New York — many of which have been eager to hire him after his success with the café. He has also trained three new student managers, ensuring that the Quad’s new social hub will live on.

“I was always wondering what my first startup would be,” Kaplan said. “Cabot Café will always be the first business I launched.”