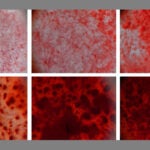 Each day, an average of nine people are killed in the United States and more than 1,000 injured by drivers doing something other than driving.

The totals — 3,300 U.S. deaths and 387,000 injuries in 2011 — show that laws in many states banning texting and hand-held cellphone use while driving aren’t getting the job done.

Winsten and the center hope to reduce distracted driving by enlisting the Hollywood creative community in a campaign against it. Texting and cellphone use will be the main targets, but the campaign also will seek to raise awareness of how anything that takes a driver’s attention from the road — whether programming a GPS device or re-setting a child’s entertainment center — is potentially hazardous.

One recent study monitored truckers for over 3 million miles using sensors and cameras to see when they took their eyes off the road. Reading or writing a text message distracted the driver for an average of 4.6 seconds, increasing the odds of a crash 23-fold.

“That’s the equivalent of driving blindfolded the length of a football field at 55 miles an hour,” Winsten said. “Imagine a texting driver heading toward you in the opposing lane of traffic. The threat comes from a combination of visual and cognitive distraction.”

Dialing a handheld cellphone took an average of 3.8 seconds, and increased the crash risk 3.8 fold.

A 2012 survey by the AAA Foundation found that “despite the near-universal disapproval of texting and e-mailing behind the wheel, more than one in four licensed drivers, 26.6 percent, reported typing or sending a text or e-mail at least once in the past 30 days, and more than one in three, 34.6 percent, said they read a text or e-mail while driving during this time.”

With legislation outlawing distracted driving tough to enforce and awareness campaigns showing limited results, Winsten and colleagues are planning an initiative to change social norms by enlisting Hollywood as a partner. Such a strategy has worked before. In the late 1980s and early 1990s, Winsten spearheaded a campaign that made “designated driver” a household term, helping to shape a new social norm that the driver doesn’t drink.

The campaign, which is credited with contributing to a 25 percent drop in drunk driving deaths and creating enduring social change, was accomplished with the help of many partners, including law enforcement, Madison Avenue advertising firms, advocacy groups such as Mothers Against Drunk Driving and Students Against Drunk Driving, and a big push from Hollywood and the television networks.

Winsten won the support of television producers and writers to incorporate a designated driver message into 160 episodes of some of the most popular television shows of the day, including “Cheers,” “L.A. Law,” and “The Cosby Show.” Winsten also recruited President George H.W. Bush and later President Bill Clinton as the campaign’s lead spokespersons. Surveys found that a majority of the American public supported the practice of choosing a designated driver. Winsten hopes to use a similar strategy against distracted driving.

There is already a lot being done to fight distracted driving. Many states have passed laws regulating texting and cellphone use while driving and, in the business world, companies such as AT&T have been very active with advertising efforts, Winsten said. In an announcement last week, Verizon, Sprint, and T-Mobile agreed to become partners in AT&T’s “It Can Wait” anti-texting campaign. And the Department of Transportation, under outgoing Secretary Ray LaHood, has made reducing distracted driving deaths a top priority.

“We’ve gone through the initial phase of response to the problem with greatly increased awareness and it’s a good time to review gains and consolidate knowledge,” Winsten said.

To do so, Winsten’s team is planning a conference this fall that will bring interested groups to HSPH for working sessions to examine existing efforts on distracted driving, extract lessons from past social change campaigns, and plan strategy.

“It’s all about digging deeper to understand cultural change,” Winsten said. “What are the stages in the evolution of particular social norms and what are the levers for influencing change?”

While borrowing lessons from past campaigns is important, the new effort, operating in a dramatically different media environment, will have to forge a new path.

In the late 1980s and early 1990s, one could be assured of reaching a significant portion of the public with messages placed in a handful of key shows. Today, cable and satellite channels give television viewers hundreds of options and television itself competes for viewers’ screen time with video gaming, social media, and news and entertainment websites.

“For sure the mission is harder now,” Winsten said. “There wasn’t even a fourth network then. Fox was only on two nights a week. [But] it’s not only the fragmented media marketplace, it’s the public’s very short attention span.”

But Hollywood will still provide part of the answer, he said.

“People connect to fictional characters, and become engaged in the story lines,” Winsten said. “A substantial body of research on social learning has demonstrated that the modeling of behavior through entertainment programming can strongly influence social norms and behavior.”

The traditional top-down model of a public health campaign is outdated, he said, because today knowledge is disseminated laterally among the public as much as vertically from traditional knowledge sources.

“Today, a large part of the conversation — for example, on the safety of vaccines —is going on without us,” Winsten said. “The challenge for public health is to re-insert ourselves into the conversation.”