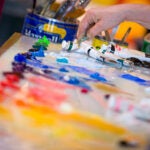 Sophomores Alexander Moore and Joshua Scott have been selected as the 2013 Hill-Stephens Scholars, an honor awarded annually to two African-American sophomores or juniors at Harvard College who display exceptional commitment to academic achievement and community involvement.

A resident of Adams House, Moore is a Detur Book Prize winner and applied mathematics concentrator who takes the application focus of his course of study seriously, whether by using concepts encountered in coursework to nurture a love of scientific inquiry in youngsters or by helping his classmates as a course assistant in one of Harvard’s most demanding computer science courses.

A member of Harvard’s Naval Reserve Officers Training Corps (NROTC), Scott will be commissioned as a second lieutenant in the U.S. Marine Corps following his graduation. As an environmental science and public policy concentrator, the Dunster House resident hopes to unlock the potential of sustainable energy in order to positively impact his hometown of Hampton, Va., and the world at large.

Established in 2007, the Hill-Stephens Scholarship is named for Deshaun Hill, ’99 and Harvard Stephens, ’99, both of whom died in a car accident weeks after completing their sophomore year. The prize, which includes a $1,500 award, was created to ensure that their memories would live on through the recognition of new generations of black students. A total of 12 students have been recognized as Hill-Stephens Scholars, and several of them have gone on to receive further notable accolades in their college careers, including Rhodes Scholarships.