The problem with predictions 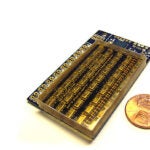 People have always yearned to see into the future, to peek around the corner and make sense of what’s going on, according to author and mathematician David Orrell.

But predicting the future is difficult. And what’s more, the search for the “perfect model” of prediction often reveals as much about people’s sense of aesthetics as it does about the future, Orrell said last Thursday during “Perfect Model: The Past, Present, and Future of Prediction,” a talk sponsored by the Peabody Museum of Archaeology and Ethnology.

The ability to predict trends has grown over the centuries, he said, but not as much as people might think, especially in a few important areas.

Climate change prediction, for example, is no better now than it was 30 years ago, he said; nobody predicted the 2008 financial crisis; “and even though the human genome is now mapped, we still can’t predict the spread of pandemics like avian flu or swine flu.”

What’s the common tie among these problems?  “They’re connected to our worldview of how we think about prediction,” he said, and that can be traced back to the ancient Greeks.

The Greeks believed that the cosmos was ruled by “mathematical harmony,” and followed the classical ideals of unity, stability, symmetry, elegance, and order, Orrell said. These ideals were reflected in architecture like the Pantheon in Rome, with its elegant geometry.

Today, predictive models are largely governed by these same classical ideals or aesthetics.

So how has the classical model worked to foretell the kinds of things that people are interested in predicting now, like economics, weather, or climate change? Not so well, Orrell said.

Weather forecasting hasn’t improved as much as anticipated over the centuries, despite huge advances in computing, observational power from satellites, and demand from agriculture, he said. “Predictions may be good for a couple of days, but things like precipitation or extreme events remain particularly difficult to predict.”

And as it turns out, it’s even harder to predict the economy than the weather.

The neoclassical theory of economics was developed in the 19th century, inspired by Isaac Newton’s “rational mechanics.” The theory assumed that individuals act independently and rationally to maximize their own happiness.

But does the economy act effectively, like a machine? Does it behave rationally? Does it conform to a “perfect model”? No, Orrell said, it doesn’t. Large deviations frequently occur, as seen in the economic collapse of 2008.

Instead of finding a new way to think about modeling — either for weather or market forecasting — the old models simply get adjusted.

The butterfly effect, for example, became the default explanation of why a weather forecast went wrong. That theory says that something as inconsequential as a butterfly flapping its wings can affect the weather on the other side of the world. In economics, the efficient-market hypothesis was used to explain away unpredictability. The theory holds that though markets cannot be predicted, risk can still be calculated using normal distribution, or “the bell curve,” another geometrically elegant solution influenced by classical thought.

Perhaps the original models are simply wrong, said Orrel. Then the question becomes, “If we can’t predict the economic crisis, then how can we predict something like an environmental crisis?

New models are emerging from the life sciences that view the world as a living organism rather than a machine. “These models are coupled with a new aesthetic, which finds beauty in the complexity of life rather than the elegance of symmetry,” Orrell said.

People need to stop trying to project their values onto the universe, he added.

Currently, we model world systems based on stability, symmetry, order, and logic, he said. “We model people as if they were perfectly rational. We model the economy as if it obeyed [the Greek notion] of ‘harmony of the spheres.’” But the world is far wilder than that, he said.

“Can we predict the exact timing of the next business, health, or climate crisis or opportunity?” Orrell asked. “No. But can we use available tools to better prepare ourselves, and make our businesses and institutions more flexible and robust? Yes. I think we can.”

The lecture, held at the Geological Lecture Hall, was the seventh in a yearlong series about divination (from the Latin divinare, “to foresee, to be inspired by a god”) and the many ways humans attempt to understand the present and divine the future. It was sponsored the Peabody Museum of Archaeology and Ethnology at Harvard University.

For the next event, join award-winning photographer Stephen Dupont at the exhibition opening reception and book signing May 2 at the Peabody Museum from 5 to 7 p.m.