The cost of doing nothing 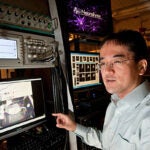 In recent years, the world has reduced preventable child deaths by 4 million a year. But 7 million children still die from preventable causes annually, and little progress has been made in the death rate of newborn babies and their mothers from the strains of childbirth.

Experts speaking at The Forum at Harvard School of Public Health (HSPH) on Tuesday pinpointed childbirth as an area bypassed by recent efforts to improve health outcomes among children.

Progress has lagged despite the fact that health care systems in the developed world routinely keep women and children safe during delivery. Ninety-nine percent of deaths among women in childbirth occur in poor countries. Those stark statistics are an indication of the low status of women in those countries, according to Harvard School of Public Health Dean Julio Frenk.

Frenk was on a panel discussing the “The Cost of Inaction: The Consequences of Failing the World’s Children.” The forum, produced in collaboration with GlobalPost, also featured Countess Albina du Boisrouvray, founder of FXB International; Sudhir Anand, economics professor at Oxford University; and Timothy Thahane, former Lesotho minister of finance and development planning. The event was moderated by Samuel Loewenberg, lead reporter for the GlobalPost Special Report on Child Health, who is a Nieman Fellow at Harvard.

Panelists discussed a report prepared by Anand and economist Amartya Sen, the co-chairs of the “Cost of Inaction” initiative at François-Xavier Bagnoud (FXB) Center for Health and Human Rights.

Anand said the plight of the world’s poorest children extends far beyond the lack of health care. While medical care for the world’s children has long-term beneficial effects on their societies, alone it is not enough. Children also need access to clean water, adequate sanitation, and quality education. They need healthy families to grow up in, and jobs waiting for them when they mature, Anand said.

It’s important to understand, he added, that in addressing inaction, officials are talking about specific things that aren’t being done that can create significant downstream costs. Failing to intervene nutritionally to aid malnourished children can stunt them for life, he said, and failing to provide antiretroviral drugs to parents can turn their children into orphans, putting them at increased risk of falling into crime, drug abuse, prostitution, and other societal ills.

Thahane offered the point of view of a minister of health, saying that the cost of inaction has to be weighed against other costs to society. Though the cost and benefit of improving children’s well-being is harder to calculate than, say, a building project, it must be viewed with a mind on societal goals.

“If you provide this investment in this child, you empower the child and provide a platform for this community to be better than it was,” Thahane said. “You have to look at it as what kind of society you’re trying to build.”

Frenk, former Mexico minister of health, said he learned while in office that one of the most critical skills required in that post is the ability to talk to the minister of finance, so that key programs get funding. In those discussions, he said, it is important to be able to discuss the future costs incurred by inaction, because finance ministers tend not to be moved by simple moral arguments.

“If you fail to act on time, it is not costless,” Frenk said.