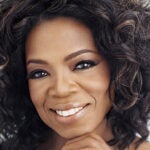 After dropping the doubles point, the Harvard women’s tennis team won five of the six singles matches to knock off crosstown rival Boston University, 5-2, on Friday at the Murr Center.

The Crimson earned the five wins in impressive fashion, taking each match in just two sets. In doubles play, Harvard jumped out to an early advantage, as Amanda Lin and Sylvia Li topped Vivien Laszloffy and Sami Lieb, 8-4, at No. 2. But BU earned an 8-5 win at No. 3 and an 8-6 triumph at No. 1 to take the point and a 1-0 lead.

It would not last long, as the Crimson cruised through the singles matches. Amy He lost just one game, defeating Lieb, 6-0, 6-1, at No. 2 to even up the match. Hannah Morrill followed suit at No. 5 with a 6-1, 6-1, decision over Kim McCallum.

With momentum in its favor, Harvard continued to roll.

Hideko Tachibana finished off Lauren Davis, 6-0, 6-4, in the top spot, and Crystal Yen defeated Jessi Linero, 6-3, 6-0, to give the Crimson its fourth point and the win.

In the closest match of the afternoon, Li outlasted Leonie Athanasiadis, 6-4, 6-3, to make the final margin of victory three for Harvard. The following day the women defeated Binghamton University to stand at 4-3 overall. Their first Ivy League contest won’t take place until April 5 at Columbia University.