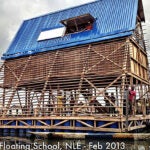 In “Sidetracked: Why Our Decisions Get Derailed, and How We Can Stick to the Plan,” Francesca Gino, an associate professor at Harvard Business School, explores a range of fascinating subjects, including how emotions influence decisions and the often-thorny matter of understanding the perspectives of others. Blending social science and real-world examples, Gino’s book also highlights the science of gratitude.

“The message of ‘Sidetracked,’” Gino said in an interview, “is that a lot of these forces happen even though we are unaware of them. People might just not realize how powerful expressions of gratitude are.”

In a follow-up experiment, participants received a message from another fictitious student, Steven, asking for feedback on his cover letter. Would participants who had received thanks from Eric be more likely to help Steven? Indeed. More than double the percentage of students in the gratitude group (66 percent) helped Steven, versus just 32 percent of those in the no-gratitude contingent.

“Receiving expressions of gratitude makes us feel a heightened sense of self-worth, and that in turn triggers other helpful behaviors toward both the person we are helping and other people, too,” Gino said. She described the scope of the “gratitude effect” as “the most surprising part” of her research.

Gino built on the research in a field study that looked at 41 fundraisers at a university, all receiving a fixed salary. The director visited half of the fundraisers in person, telling them, “I am very grateful for your hard work. We sincerely appreciate your contributions to the university.” The second group received no such expressions of gratitude.  What was the impact of the director’s thanks? Gino said that “the expression of gratitude increased the number of calls by more than 50 percent” for the week, while fundraisers who received no thanks made about the same number of calls as the previous week.

“I spend a lot of time working inside organizations and see teams working together to accomplish a task, usually with a deadline,” she said. “Oftentimes, you don’t see the leaders going back and actually thanking the team members. Those are situations where expressions of gratitude from leaders could have wonderful effects.”

Gino has seen those effects up-close, in both her own behavior and that of those close to her.

“My husband is now working for a start-up. I received flowers and a note from his company’s CEO thanking me for my understanding because my husband had been up all night working on a big project.” The gesture was a motivator for her husband, Gino said.

The work behind her book, she said, “really makes me think more carefully every time I am the one expressing gratitude to others. I don’t want to miss opportunities. … I learned from my own research and now try to say ‘thank you’ much more often.”