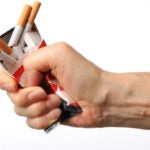 Professor of Psychology Matthew Nock is the author of a new paper, co-authored with other Harvard faculty, which examines suicidal thoughts and behaviors among adolescents. In a recent conversation with the Gazette, Nock discussed his research, and the resources available at Harvard for students and others in the community.

GAZETTE: You are one of the authors of a recent paper in JAMA Psychiatry on suicide in adolescents. Can you quickly summarize your findings?

NOCK: This was a study of suicidal thoughts and behaviors among a large, representative sample of U.S. adolescents. The data are from a larger study, called the National Comorbidity Survey, Adolescent Supplement, conducted by Ron Kessler at Harvard Medical School. As part of that survey, adolescents and their parents were interviewed about their history of suicidal thoughts, plans, and attempts, as well as a wide range of potential risk and protective factors, and their receipt of treatment.

We learned that approximately 12 percent of adolescents report having serious thoughts about suicide, about 4 percent go on to make a plan, and 4 percent report that they have tried to kill themselves. The rates of these behaviors are virtually nonexistent before adolescence, in part because kids don’t really have a concept of the finality of death until about age 10.

GAZETTE: What are the other findings in the paper?

NOCK: We also examined risk factors for suicidal thoughts and behaviors and we saw that the vast majority of adolescents — 90 to 95 percent — who think about suicide and try to kill themselves have a prior mental disorder. Most often, it’s depression, but one of the interesting findings in this paper was that we also saw that disorders like attention deficit hyperactivity disorder, conduct disorder, eating disorders, and intermittent explosive disorder — all significantly predicted which adolescents with suicidal thoughts go on to make a suicide attempt. That suggests that it’s not just depression but perhaps a combination of several disorders that may get people acting on their suicidal thoughts.

GAZETTE: There was also a surprising finding related to treatment for suicidal thinking.

I think the message from these data isn’t that we need to do a better job getting kids into treatment or getting kids into mental health specialists who know how to treat suicidal thoughts and behaviors — we’re doing that. What we don’t yet have is methods for accurately predicting which kids are at risk for suicidal thoughts and behaviors and methods for decreasing the likelihood of these outcomes.

GAZETTE: There has been a great deal of discussion relating to suicide on campus recently. How do you see these findings relating to a college or university community, particularly students?

NOCK: Statistically speaking, these data suggest that nationally, as many as one in 10 students, before they arrive at college or university, have thought about killing themselves, and one in 25 have actually tried.

We know that a prior history of a suicide attempt is a very strong indicator of a subsequent attempt, so I think what Harvard tries to do is to identify the kids who are in need of, or who might benefit from, mental health resources, and then get them the best resources we possibly can.

GAZETTE: What steps can Harvard take to make those resources available to students?

NOCK: I know that [Director of Harvard University Health Services] Paul Barreira has been working with [Dean of Harvard College] Evelynn M. Hammonds and others around the University to make sure Harvard is doing everything in its power to identify those who are at risk and make sure we’re doing the best job of screening and prevention and intervention that’s possible.

One way they’ve tried to do that is by surveying students as they come into Harvard to get a sense of what the needs of students are, and to identify those who may already be at risk based on a history of suicide ideation or current suicide ideation. They are working to get in touch with those students and encourage them to come into Harvard University Health Services and take advantage of the treatment resources Harvard has. There also are more general programs in place, such as “Speak Up, We’re Listening,” in which upperclassmen meet with freshmen to talk about potential stressors and problems they might experience during their time at Harvard, and what resources are in place to help them.

The limitation is that there are very few preventions and interventions that have data showing that they are effective. We have tried to identify what are the best strategies, such as training physicians to assess and screen for depression, but we don’t have any evidence-based psychological treatment.

Of course, that is not Harvard’s fault — it’s simply that the field has not yet generated effective strategies for screening or for treatment. Until that happens, all we can do is try our best to identify who is at risk, meet with them, identify what stressors they’re experiencing, identify what potential protective factors might be.

GAZETTE: How does the suicide rate at Harvard compare to the national average?

NOCK: When thinking about suicide at Harvard, or any other individual school, what is needed are data from a number of years, not just one, because suicide is such a low base-rate problem. I don’t know that that comparison has been done. We should be careful about reading too much into numbers from one or two years when the rate is so low.

About 10 years ago, I was part of a team that did a study of suicide rates in the New York City Police Department that was prompted by an apparent spike in the number of suicides by N.Y.C. police officers in 1994. We looked at all suicides from the mid-’70s through the end of the ’90s and compared it to an age, sex, and ethnicity-matched population rate.

What we found was that, over this period, police officers were no more likely to die by suicide than the demographically matched population. What we did see was the rate for police officers bouncing around because there might be two one year, then 10 then next. But if you look at the pattern of data over time, there was no increased rate. What is needed in thinking about rates in individual colleges is this longer-term perspective.

One thing, though, is for sure: Every suicide is an enormous tragedy, and it is especially alarming when suicide takes the lives of our children and adolescents. And so it’s important that we do all we can as researchers, clinicians, universities, students, and the public more generally to try to better understand and increase our ability to prevent the tragic loss of life due to suicide.