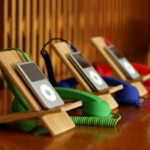 For Boston-area art lovers, the completion the new Harvard Art Museums facility at 32 Quincy St. can’t come soon enough. In recent months, the museums have released more details about the opening of the space, slated for fall 2014, and any passerby on Quincy Street can attest to the project’s progress, as the Renzo Piano-designed glass roof takes shape.

But what will become of the art itself in its new home? On Wednesday evening, Harvard curators offered a glimpse of how the museums’ beloved collections will be showcased in the new building, with a nod toward the thoughtful, the innovative, and the interactive.

Since the building that housed the Fogg Museum and the Busch-Reisinger Museum closed in 2008, the curatorial staff has been hard at work “visualizing old friends in new surroundings,” Miriam Stewart, curator of the museums’ collection of European and American art, told a crowd of curious patrons at the Arthur M. Sackler Museum (which will close to the public in June as the project enters its final stages).

Although the staff has been working with wHY Architecture, a firm that creates computer-animated renderings of the proposed gallery spaces, sometimes there’s no substitute for old-fashioned models. The current small-scale prototype (in which half an inch equals one foot in scale) takes up a room of its own in the museums’ temporary offices in Somerville. Tiny magnet versions were made of each piece in the collections that might hang in one of the new galleries; curators shuffle them on the model’s magnetized walls to try out new configurations.

“Although it may seem rudimentary in this technological age, this dollhouse version of the museum has been incredibly useful,” Stewart said.

Soldier figurines, representing visitors, are affixed to poker chips — an important consideration given that each gallery should be able to comfortably accommodate 15-student sections from Harvard’s art courses.

“The circumference of the chips suggested the preferred amount of each person’s physical space and gave us a sense of how many students would be able to fit into a gallery,” Stewart said.

The new galleries are being designed with students in mind — but also, in some cases, with students at the helm. Jennifer Quick, a Ph.D. candidate in the history of art and architecture and a research assistant at the museums, told the audience about her work configuring the books of Pop artist Ed Ruscha in their new home. Given that Ruscha is the subject of her dissertation, she said, the experience has been invaluable.

“I’ve been able to dive into the collection and really think about how we are going to display these objects in the new building,” Quick said. “And all of my research into those thoughts about display and the contextualization of the objects has been informed by my dissertation.”

Take, for example, Ruscha’s “Every Building on the Sunset Strip” (1966), a 27-foot-long accordion book that folds out to reveal its subject (which is exactly what it says it is). Ruscha arranged his black-and-white photos, taken with a motorized Nikon camera mounted on a tripod on the back of his pickup truck, along the length of the book, with the north and south sides of the street facing each other from the top and bottom of the page and a blank white space running down the middle — “as if you’re traveling down the road with Ed Ruscha,” Quick said.

Of course, a mass-produced, unwieldy, foldout book can’t be easily displayed in a glass case.

“Publications such as Ruscha’s were not meant to be displayed in glass cases,” Quick said. “Indeed, they were meant to circumvent the institutions of the fine art world and be sold cheaply.”

Quick and her colleagues are considering a freestanding glass wall that would double as a long, thin case to display the folded-out book, a solution that would open up the 1960s gallery to allow the objects to be in conversation with one another, she said.

While much of the curators’ work involves preparing objects for display, there remains a great deal of behind-the-scenes work on hundreds of pieces that might not make it onto the new building’s walls. Lisa Anderson, Frederick Randolph Grace Assistant Curator of Ancient Art, described a project to catalog and digitize the museums’ collection of ancient bronzes, including roughly 1,250 objects that ultimately will not be displayed.

“The project is enormous in scope,” Anderson said. “It is unparalleled in its scope for the number of objects that we are trying to publish, covering over 4,000 years and a geographic area ranging from Spain to Russia, from Britain to North Africa, with multiple cultures.”

Far from a new undertaking, the project dates back to the 1960s, when famed ancient art curator David Mitten popularized the technical study of bronzes at Harvard. But the resources at curators’ disposal are uniquely 21st-century. Macrophotography can reveal tiny engravings; metallurgical analysis, which has already been performed on 600 pieces in the collection, can determine if different parts of an object were replaced or repaired at a later date.

Curators and conservators won’t be the only people to handle these objects, Anderson said. The new facility at 32 Quincy St. will incorporate study centers where objects as diverse as ancient bronzes and Ruscha’s books will be displayed for visitors.

“You’ll be able to look at the object in real life, and it will influence your experience looking at a real dynamic object,” Anderson said. “These are objects of daily life and daily use, even if they are prestige items.”