A fireside chat with the dean 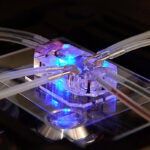 Harvard College Dean Evelynn M. Hammonds recently welcomed 25 students into her home for a fireside chat with Professor Henry Louis Gates Jr. as part of a series of events designed to foster interaction between undergraduates and faculty outside the classroom. Hammonds, Gates, and the students discussed topics ranging from his childhood in small town West Virginia and how he got the nickname “Skip” to his world-renowned scholarship and the famous “Beer Summit” at the White House.

“Being able to engage with a brilliant and famous scholar like Professor Gates is what a Harvard College education is all about,” said Hammonds, the Barbara Gutmann Rosenkrantz Professor of the History of Science and of African and African American Studies.  “I was thrilled to invite students into my home for that kind of opportunity to meet and discuss ideas with a faculty member, and I look forward to the next fireside chat later this semester.”

In addition to a second fireside chat in March with Professor Matthew Nock, Hammonds and the Undergraduate Council (UC) are hosting a series of books talks in the Widener Library rotunda during the spring term, featuring Professors Jennifer Hochschild, John Dowling, and Jill Lepore.

“This was awesome. This was really better than we could have imagined it would be,” said Pratyusha Yalamanchi ’13, former vice president of the UC. “We were looking for ways in which students and faculty could interact and we worked with the Dean’s office and this idea for a fireside chat came up. It’s not something we ever thought would be possible. But that’s why I feel so fortunate to be able to attend a school like Harvard, because this is one of those experiences you can only get at a school like this. And it is an experience I will always remember.”

“This is really incredible. I guess I would say this is the quintessential Harvard event,” agreed Bob Wu ’15.

With high interest and limited space, the UC selected participants by lottery.

Gates, the Alphonse Fletcher University Professor at Harvard University, said he first realized his intellectual abilities at about age 8 as he was shooting marbles with his cousins.

“All of the sudden I was in the air watching us shoot marbles,” Gates said.

Years later, while working on a profile of Michael Jordan for The New Yorker, Gates explained that “out-of-body” phenomenon to the NBA star, who experienced the same thing on the basketball court.

“It is a second-order level of reflection when you can do a thing and watch yourself do that thing,” Gates said.

Gates talked about growing up in West Virginia, and was asked by one student how he got his nickname.

While Gates’ parents had hoped he would become a doctor, after he graduated from Yale he went on to Cambridge University to earn his master’s and doctorate degrees in English. He decided to become a professor after befriending Wole Soyinka, who won the Nobel Prize for literature in 1986, and philosopher Kwame Anthony Appiah while at Cambridge.

“I get paid to read and write books and talk to smart people like you guys, and plus, get summers off,” Gates joked, “but it’s an amazing life; it’s been a glorious life.”

“Like the rest of us, I want every day to be Black History Month. I want our story to be integrated into all the textbooks, and unfortunately it’s not,” Gates said.

He elaborated by discussing his publication of “Encarta Africana,” the first encyclopedia of African and African-American history and culture. It is a project W.E.B. Du Bois had envisioned, but could never complete due to lack of funding.

“What you want to do if you want your story told, if you want be naturalized, you have to tackle the textbooks. You have to make it a part of the official story,” Gates said. ”Until black history is naturalized, and multiculturalism puts itself out of business, we need Black History Month.”

In addition to being a prolific writer, Gates has done extensive documentary work. He hosted and co-produced the PBS miniseries “African American Lives” and “African American Lives 2,” which traced the lineage of notable African-Americans, including Quincy Jones and Oprah Winfrey, through genealogical and historical resources, and DNA testing. In preparation for the project, Gates studied genetics and he and his father became both the first father and son and the first African-Americans to have their entire genome sequenced.

He told the students it was important to take the time to learn about genetics before embarking on the project.

“You have to be smart enough to know what you don’t know … Never pretend to know something you don’t know,” Gates said. “I think I can make this claim: I don’t think there is anyone on the face of the earth with a Ph.D. in English that knows more about genetics than me.”

He also asked what it was like “to grab a beer with the president,” in reference to the 2009 “Beer Summit.” Gates said he had known Barack Obama before he became president, but what really impressed him was the manner in which he was elected.

“It was a coalition of whites, Hispanics, Asians, and blacks … that’s a whole new order,” Gates said.