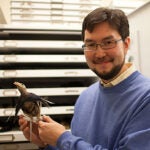 Most of the 350,000 women who die in childbirth each year — almost all of them in developing countries — should not do so. In addition, women around the world remain underrepresented in schools, jobs, and governments. And the situation is changing too slowly to meet international goals, according to Helen Clark, administrator for the United Nations Development Programme (UNDP).

Clark, who spoke Thursday at the Forum at Harvard School of Public Health, said that progress toward achieving the United Nations’ eight Millennium Development Goals is mixed. While some, such as reducing extreme poverty, may be achieved by the 2015 deadline, others, such as those involving maternal health and sanitation, remain far from being reached.

Clark, who responded to questions put forth by Philip Hilts, director of the Knight Science Journalism Fellowships at MIT, delivered a progress report on the goals during the hour-long program and discussed possible next steps to lift billions out of poverty and ill health in the coming decades.

The anti-poverty goal — to halve the proportion of people living in extreme poverty, on less than $1.25 a day — has already been achieved, said Clark, a former prime minister of New Zealand. Much of that success is due to rapid development in China, and has come at an environmental cost. Clark said that goal still leaves nearly a billion people around the world in extreme poverty.

There also has been progress toward achieving universal primary education, Clark said, though 67 million children still are not in school. She said the picture gets less rosy when considering how many students eventually drop out.

Efforts to fight infectious diseases such as HIV/AIDS, malaria, and tuberculosis have made major gains, Clark said, with many nations turning the tide in their fight against them. Similarly, it appears that the goal of access to clean drinking water will be achieved. There has been significant progress on reducing child mortality, though likely not enough to meet the development goals.

Maternal mortality rates remain unacceptably high, and improvements to sanitation are far from being achieved. Clark said she recently sat on a panel with India’s prime minister at which he questioned the priorities of his population, commenting that most of his people have cellphones but few have toilets.

Though the development goals are measured globally, there have been local success stories. The West African nation of Burkina Faso, where adult literacy is less than 25 percent, has made a great progress, with 68 percent of its children now in school. The government has committed to providing small generators for each village to power lights and run mills to reduce the labor burden on women to grind food. Rwanda and Ghana also have made a lot of progress. Clark said that the slowest-developing nations are invariably war-torn: Afghanistan, Mali, Somalia, and the Democratic Republic of the Congo.

Development officials are looking into what the next steps will be, Clark said. Environmental sustainability likely will be emphasized as a component of future development, given both the environmental challenges facing the world and the fact that pollution is often a side effect of rapid development.

It seems clear, she said, that increasing equality for women is critical. Women in many developing nations have little access to credit, even though they are significant players in the economy, particularly the farm economy. Educating girls will help them to delay marriage and their first child, which will improve maternal mortality statistics. Access to sexual and reproductive health services is also important.

Clark said new attention also will have to be paid to the rise of noncommunicable diseases such as heart disease and diabetes in the developing world. China, for example, has an estimated 100 million diabetics. The spread of tobacco products around the world is also a challenge, and strategies that have proven successful in developed nations can be adapted.

Health as a Gateway to Global Development: A Conversation with UNDP's Helen Clark

Helen Clark, Administrator of the United Nations Development Programme (UNDP), spoke on January 31 in a one-on-one conversation about global health and how universal health coverage and addressing social determinants of health can promote sustainable development. She also discussed what lessons we can take from the successes or shortfalls of eight international development targets called the Millennium Development Goals, set to expire in 2015.