Peering into our blind spots 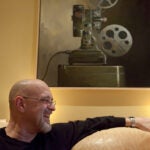 Mahzarin Banaji shouldn’t have been biased against women. A leading social psychologist — who rose from unlikely circumstances in her native India, where she once dreamed of becoming a secretary — she knew better than most that women were just as cut out for the working world as men.

Then Banaji sat down to take a test. Names of men and women and words associated with “career” and “family” flashed across the computer screen, one after the other. As she tried to sort the words into groups as instructed, she found that she was much faster and more accurate when asked to lump the male names with job-oriented words. It wasn’t what a pathbreaking female scientist would have expected, or hoped, to see.

“I thought to myself: Something is wrong with this damned test,” said Banaji, Harvard’s Richard Clarke Cabot Professor of Social Ethics, as she reflected during an interview in her William James Hall office on her first run-in with an Implicit Association Test (I.A.T.).

That Banaji specializes in creating just these kinds of assessments did nothing to change the results. But at least she can take comfort in knowing she’s not alone. In the past 15 years, more than 14 million such tests have been taken at Project Implicit, the website of Banaji and her longtime collaborator Anthony Greenwald.

What these curious test-takers, as well as Banaji and Greenwald, found was that many of us hold onto quite a bit of unconscious bias against all sorts of groups, no matter how unprejudiced we strive to be in our actions and conscious thoughts. It’s a counterintuitive, even unnerving proposition, and one that Banaji and Greenwald, a professor of psychology at the University of Washington, set out to explain for a lay audience in “Blindspot: Hidden Biases of Good People.”

“This test can get under your skin in some ways,” Banaji said. “There is something annoying about us coming around and telling these good people that something may be less good here.”

But if most of us want to be good — to match our actions to our best intentions — our brains sometimes have other ideas. Just as the human eye has a blind spot in its field of vision, they write, our unconscious minds can contain hidden biases (often toward groups of which we are not a member or with which we are less familiar) that can guide our behavior. Banaji and Greenwald have devoted three decades to developing scientifically sound ways to uncover those biases.

“I’m not a good theoretician. I don’t have great ideas about how minds work or how people behave,” Banaji said, laughing. “But maybe as a result, I’ve focused a lot more on the development and understanding of a method that, if wielded appropriately, would produce evidence that would have to change our minds.”

In “Blindspot,” she and Greenwald offer people tools to overcome their hardwired biases, and to stoke conversation about the deeply ingrained, very human tendency toward bias in a country that prides itself on egalitarian values.

Banaji met Greenwald in the early 1980s at Ohio State University, where Banaji had enrolled to in a Ph.D. program almost on a whim, after picking up a cheap copy of the “Handbook of Social Psychology” in India. The subject seemed to meld science and philosophy, she said.

Until then, “I had no clue that it really was possible to conduct an honest-to-goodness experiment on human nature.”

Greenwald became her graduate adviser and, after she accepted a position at Yale, her collaborator. For years, the two worked together on a number of papers, largely by email. (“Neither of us likes talking on the phone,” Banaji said.)

They developed the I.A.T. in the 1990s at Yale with the help of Brian Nosek, then a graduate student of Banaji and now a professor at the University of Virginia. The simple tests can be taken in roughly 10 minutes and can be modified to assess unconscious bias in different categories, for example, whether white test-takers are likelier to associate “good” words with white faces more quickly than with black faces. (They are, and black test-takers show the reverse results.)

At the time, few psychology studies were conducted online. When the team members launched Project Implicit in 1998, Banaji hoped to garner 500 responses in the first year. With no advertising, they hit 45,000 in the first month. A flood of media attention followed, as did professional controversy.

Many critics were upset by the social implications of learning that humans may be unconscious unegalitarians, Banaji said. “But it’s been great for us to have the criticism. It has led to the work moving much faster. The standards the I.A.T. has been held to have been higher than anything I have seen.”

Banaji is quick to point out that an I.A.T. isn’t meant to shame people. If a patient went to a doctor and took a blood pressure test (which, she adds, is about as reliable as the I.A.T.), and was told he had hypertension, he wouldn’t beat himself up for not having detected it himself. Rather, he’d ask what he steps he could take to improve the situation.

“If somebody asked me what my kidneys are doing right now, I would have no idea,” she said. “Yet, we really do believe that we pretty much know what goes on in our heads. And that’s because we do have access to a piece of it called the conscious mind, and that wrongly gives us the feeling that we know all of it.”

Overcoming our biases, even the unconscious ones we can’t tell are influencing our actions, isn’t about striving for political correctness. In a globalized world, the tools of our primitive brains — the tendency to associate “the Other” with a threat, for instance — can often hold us back.

“When our ancestors met someone who was different from them, their first thought was probably: Are they going to kill me before I can kill them?” Banaji said. “Today, when we see someone who’s totally different from us, we have to ask: Can we outsource to them? Can we collaborate with them? Can we forge a relationship with them and beat somebody who’s genetically just like us? That’s a tall order!”

Though the idea of implicit bias has captured the public’s attention for more than a decade, Greenwald and Banaji did not conceive of a book on the topic until 2004, when both spent a year as fellows at the Radcliffe Institute for Advanced Study, where Banaji had taken a faculty appointment in 2002. Free from their normal academic obligations and once again in the same town, they began to work on “Blindspot.”

The ideas in “Blindspot” will hardly incite debate among psychologists at this point, Banaji said. Rather, she and Greenwald wrote the book in response to the many requests they received to speak to groups of physicians, business executives, lawyers, and other private-sector professionals who saw how ignoring their unconscious biases — in hiring the best candidates, treating patients of all ages and races, selecting witnesses and jury members — could hurt their bottom line.

Twenty years ago, when Banaji asked her intro-psych students whether they held any biases, 95 percent would say no. Now that number is about one-fifth, she said.

“This recognition that we have failings is, I think, a much more accepted idea — which is why I think the book is not going to be controversial,” Banaji said.

Of course, she added, that’s what happens to many once-incendiary ideas. “They’re criticized; people say they can’t be true. And then over time it becomes common sense. While we’re not quite at the common sense stage, I do think we’re getting there.”