Nicole Scherzinger Artist of the Year 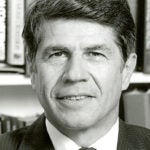 Frank Aguilar of HBS dies at 80

‘X-Factor’ judge will be honored by Harvard Foundation

The talented independent recording artist, television personality, and philanthropist Nicole Scherzinger has been named the Harvard Foundation’s 2013 Artist of the Year. The former lead singer of the Pussycat Dolls, now a talent judge on television’s “The X-Factor,” will be awarded the foundation’s most prestigious medal at its annual award ceremony on Saturday, before an audience of 1,200 students during the Cultural Rhythms festival.

“The students and faculty of the Harvard Foundation are delighted to present the distinguished musical artist Nicole Scherzinger with the 2013 Artist of the Year award at Harvard University,” said S. Allen Counter, director of the Harvard Foundation. “Her contributions to the performing arts, as well as her support for breast cancer research and initiatives for adults and children with special needs, are commendable and set an excellent example for our students.” Scherzinger has collaborated with other notable recording artists such as RedOne, Enrique Iglesias, and Sting, in addition to her recent work with Andrew Lloyd Webber on “The Phantom of the Opera.”

In addition to her music career, Scherzinger has served as a judge during various seasons of the popular television show “The X-Factor” in both the U.S. and U.K. Known for her voice and dancing skills, Rolling Stone magazine ranked her ninth in its list of best dancing musicians. Further demonstrating her dancing skills, she won the 10th season as a celebrity contestant on “Dancing With the Stars” with her partner, Derek Hough.

A champion for women and those with special needs, Scherzinger’s music and philanthropic work make her a true inspiration. “Harvard is pleased to recognize Nicole Scherzinger for her extraordinary contributions to the performing arts by awarding her the Harvard Foundation’s Artist of the Year medal,” said Professor Donald Pfister. “Her fine example as a performing artist who is concerned for the welfare and needs of others is a source of inspiration to our students, and all who welcome her to the University.”

The Harvard Foundation, Harvard’s center for intercultural arts and sciences initiatives, honors the nation’s most acclaimed artists and scientists each year. Its Artist of the Year award is a specially designed medal authorized by the president of the University, the dean of Harvard College, and the director of the Harvard Foundation. Previous awards have been presented to performing artists including Shakira, Quincy Jones, Lionel Richie, Andy Garcia, Will Smith, Matt Damon, Halle Berry, Jackie Chan, Denzel Washington, Salma Hayek, Wyclef Jean, and Herbie Hancock, to name a few.