Meet Kiefer, Man of the Year 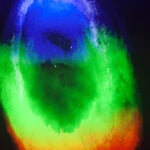 A Web browser in the heavens

The Hasty Pudding Theatricals of Harvard University has named Emmy Award-winning actor Kiefer Sutherland as its 2013 Man of the Year. Sutherland joins Marion Cotillard, recently honored as 2013 Woman of the Year.

The Man of the Year festivities will take place on Friday. The producers of the Hasty Pudding Theatricals, Tyler Lewis ’14 and Peter Riley ’14, will roast Sutherland and present him with his Pudding Pot at 8 p.m. in Farkas Hall, before the opening performance of its 165th production, “There’s Something About Maui.” A press conference will be held at 8:30 p.m. following the roast.

The Man and Woman of the Year awards are presented annually to performers who have made a lasting and impressive contribution to the world of entertainment. Established in 1951, the Woman of the Year award has been granted to many notable and talented entertainers, including Meryl Streep, Katharine Hepburn, Julia Roberts, Jodie Foster, Elizabeth Taylor, Anne Hathaway, and, last year, Claire Danes. The Man of the Year award was established in 1963. Its past recipients include Clint Eastwood, Tom Cruise, Robert De Niro, Steven Spielberg, Harrison Ford, Anthony Hopkins, Bruce Willis, Justin Timberlake, and, last year, Jason Segel.

Sutherland is a prolific and award-winning actor who recently starred in the critically acclaimed Fox drama “24,” for which he won a Golden Globe, an Emmy, and two SAG awards.  In 2011, Sutherland starred alongside Kirsten Dunst, Charlotte Gainsbourg, and Alexander Skarsgard in the apocalyptic drama film “Melancholia,” written and directed by Lars von Trier. He also starred on stage as James Daley in the revival of Jason Miller’s Tony- and Pulitzer Prize-winning play “That Championship Season,” which ran in spring of 2011.

Currently, Sutherland stars as Martin Bohm in the Fox drama “Touch.” The American supernatural thriller television series was created by Tim Kring and debuted on Jan. 25, 2012. His other credits include the animated film “Monsters vs. Aliens” in 2009, opposite Reese Witherspoon, Hugh Laurie, and Seth Rogen; “The Sentinel” in 2006, opposite Michael Douglas and Kim Basinger; “Taking Lives” in 2004, opposite Angelina Jolie and Ethan Hawke; and “Phone Booth” in 2002, among many others.

For more information about the event, please contact the Hasty Pudding Theatricals press and publicity manager Tyler Faux at 617.495.5205 or press@hastypudding.org.

To purchase tickets to “There’s Something About Maui,” contact the box office at 617.495.5205, or order online. It will be performed at Harvard University’s historic Farkas Hall, 12 Holyoke St. The show continues in Cambridge until March 10. The company then travels to New York to perform at Hunter College’s Kaye Playhouse on March 15 and 16 (call 212.772.4448 for tickets), then to the Hamilton City Hall in Bermuda for performances on March 20-22.

Press credentialing is now open for the Man of the Year event. Visit the website for press information and an online application form. For more information, contact Harvard Public Affairs & Communications by phone at 617.495.1585, or by fax at 617.495.0754.

In addition to the annual Man and Woman of the Year Awards, The Hasty Pudding Institute will present the first Order of the Golden Sphinx award at a gala ceremony on March 4 at the Mandarin Oriental in New York. The Order of the Golden Sphinx — a traditional symbol of the Hasty Pudding Institute — will be given to Michael Lynton, the chief executive officer of Sony Entertainment Inc., for his deep appreciation of and dedication to enhancing the arts through both his personal commitment and arts education support.