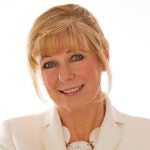 When the winner’s name was called at a special dinner recognizing a recipient of the Fannie Cox Prize for Excellence in Science Teaching, Richard Losick, the Maria Moors Cabot Professor of Biology, was confused.

“I felt very blindsided,” Losick admitted. “I kept thinking, ‘Why is the dean talking about me?’ ”

His surprise was understandable. After distributing the 2012 awards to Jenny Hoffman and Eric Jacobson in October, the committee had decided to announce a third, surprise winner.

“Richard Losick has been a leader for excellence in teaching for decades,” said Dean Michael D. Smith of the Faculty of Arts and Sciences (FAS). “He recognizes the importance of inspiring the leaders of tomorrow. I hope our colleagues throughout the faculty will join me in congratulating Rich on this award and his legacy of excellence, both in the classroom and in the lab.”

Jeremy Bloxham, dean of science, said it was Losick’s championing of excellence in teaching science — a passion that led Losick help to establish the Fannie Cox award, along with Gardner Hendrie ’54, in 2011 — that made him the perfect recipient.

“Rich Losick has been committed to excellence in undergraduate science teaching throughout his career,” said Bloxham, Mallinckrodt Professor of Geophysics. “It was a pleasure to recognize him for both his dedication to distinction in the classroom and his efforts to see exemplary teaching rewarded.”

Losick explained that his efforts in creating the Fannie Cox award had been to foster a culture in which scientists and researchers were appreciated for the extraordinary work they accomplished, both in the lab and in the classroom.

“Jeremy Bloxham, unbeknownst to me, and Gardner Hendrie decided between the two of them that I should be recognized as well,” Losick said. “I think they were grateful to the role I played in promoting excellence in the teaching of science.”

For 20 years, Losick taught “Introduction to Molecular Biology” to sophomores and juniors. After a mentoring initiative with junior faculty, he was joined in the classroom by assistant professor Briana Burton.

“She has done a great job in making the course an active learning experience, and she has since taken over the course,” said Losick, who has begun teaching the freshman course “Life Sciences 1A,” of which he says he is “a big fan.”

“In the sciences, traditionally, we teach in silos. But the big trend in science is that it’s becoming increasingly cross-disciplinary,” Losick said. “What’s exciting about ‘Life Sciences 1A’ is that it interweaves, right from the get-go, both chemistry and molecular and cellular biology.

“Rather than having separate courses, the students learn both at once, prompting fascinating discussions about what core principles of chemistry are the most important for understanding how molecules function in living systems. I’ve enjoyed joining ‘Life Sciences 1A’ greatly and anticipate I will go on to teach it for many years to come.”

Further reflecting his commitment to science and teaching, Losick helps to coordinate an annual lecture in honor of Dudley Hershbach, the Frank B. Baird Jr. Professor of Science Emeritus in chemistry and chemistry biology.

“Hershbach is greatly admired as a teacher,” Losick said of the Nobel-winning chemist. “This lecture series brings individuals from other universities, who have really distinguished themselves both as teachers and scientists, to Harvard.

“These lectures promote the idea that teaching and research are not in competition with each other: they go hand in hand.”

Losick plans to spend the Fannie Cox prize award — a $10,000 personal award and $40,000 in unrestricted support for teaching and research — to continue his research in how bacteria form multi-cellular communities.

“Many kinds of bacteria don’t necessarily just live a solitary existence: they can also form communities, almost like organisms, that respond to cues from their environment,” he said. “Some bacteria get chemical cues from a plant that causes them to form a community on the root of a plant, for example.”

Studying how bacteria assemble into these communities — and how they then return to a solitary state — requires highly specialized equipment, chemical analysis, and other expensive items, so “this award of financial support will be a big help to our research program here.”

For Losick, the Fannie Cox award represents the importance of recognizing scientists and researchers who distinguish themselves as researchers and teachers — a distinction that, for someone who values excellence in teaching so highly, makes receiving it all the sweeter.

“The Fannie Cox is a very generous award, and it was really very thoughtful,” Losick said. “I appreciated it very much.”