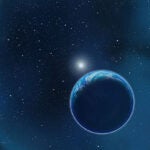 Important insights in research with worms

Recent work by Harvard researchers demonstrates how the signaling pathway of insulin and insulinlike peptides plays a critical role in helping to regulate learning and memory.

The research, led by Yun Zhang, associate professor of organismic and evolutionary biology, is described in a Feb. 6 paper in Neuron.

“People think of insulin and diabetes, but many metabolic syndromes are associated with some types of cognitive defects and behavioral disorders, like depression or dementia,” Zhang said. “That suggests that insulin and insulinlike peptides may play an important role in neural function, but it’s been very difficult to nail down the underlying mechanism, because these peptides do not have to function through synapses that connect different neurons in the brain.”

To get at that mechanism, Zhang and colleagues turned to an organism whose genome and nervous system are well described and highly accessible by genetics: C. elegans.

Using genetic tools, researchers altered the transparent worms by removing their ability to create individual insulinlike compounds. These new “mutant” worms were then tested to see whether they would learn to avoid eating a particular type of bacteria that is known to infect the worms. Tests showed that although some worms did learn to steer clear of the bacteria, others didn’t — suggesting that removing a specific insulinlike compound halted the worms’ ability to learn.

Researchers were surprised to find, however, that it wasn’t just removing the molecules that could make the animals lose the ability to learn — some peptides were found to inhibit learning.

“We hadn’t predicted that we would find both positive and negative regulators from these peptides,” Zhang said. “Why does the animal need this bidirectional regulation of learning? One possibility is that learning depends on context. There are certain things you want to learn — for example, the worms in these experiments wanted to learn that they shouldn’t eat this type of infectious bacteria. That’s a positive regulation of the learning. But if they needed to eat, even if it is a bad food, to survive, they would need a way to suppress this type of learning.”

Even more surprising for Zhang and her colleagues was evidence that the various insulinlike molecules could regulate each other.

“Many animals, including humans, have multiple insulinlike molecules, and it appears that these molecules can act like a network,” she said. “Each of them may play a slightly different role in the nervous system, and they function together to coordinate the signaling related to learning and memory. By changing the way the molecules interact, the brain can fine-tune learning in a host of different ways.”

Going forward, Zhang said, she hopes to characterize more of the insulinlike peptides as a way of better understanding how the various molecules interact, and how they act on the neural circuits for learning and memory.

Understanding how such pathways work could one day help in the development of treatment for a host of cognitive disorders, including dementia.

“The signaling pathways for insulin and insulinlike peptides are highly conserved in mammals, including humans,” Zhang said. “There is even some preliminary evidence that insulin treatment, in some cases, can improve cognitive function. That’s one reason we believe that if we understand this mechanism, it will help us better understand how insulin pathways are working in the human brain.”