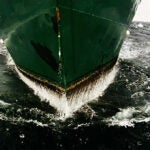 Leading critic on musical diversion and a looser approach to fiction

Gazette writer Sarah Sweeney sat down with James Wood, a professor of the practice of literary criticism and a critic with The New Yorker, to discuss his new book, “The Fun Stuff.” Covering a range of topics — the rigors of writing, listening to and playing music, his resemblance to Pete Townshend — Wood was candid, incisive, and, most importantly, fun.

GAZETTE: “The Fun Stuff: And Other Essays” is a compilation of work published in The New Yorker and The London Review of Books. What is your revision process?

WOOD: When I revise these pieces, I try to make them a bit more timeless, and a bit less local. I take out specific references to books being new — because I’m often reviewing a new book by someone — or I might take out any other obviously trivial or small references made at the moment in the piece. Sometimes I rewrite them a bit so there’s a broader argument than I was able to do in the piece. In general, that would be the approach — to try to “essay-fy” the review.

GAZETTE: What are your reading rituals? When you write do you listen to music or do you prefer silence?

WOOD: I tend to write at nighttime — a bad habit I got into years ago when I was working at The Guardian and had to write lots of short pieces. I continued that bad habit when I came to the U.S. because I was still writing a lot for the U.K. and it was weirdly convenient to finish something at about 4 or 5 in the morning, so the editors in London would get it at around 10 a.m. Otherwise, I don’t have any rituals. I don’t generally listen to music because I find it hard not to listen to the music. When I write, it’s generally quiet and generally at home.

GAZETTE: What do you read every day, in your general life?

WOOD: I read what I write about. There’s not a lot of time for pursuing that kind of hinterland that we all want to pursue and be in. I just wish sometimes I didn’t have to always be writing about books and I could go off on a complete tangent and read a history book or a bit of travel writing. But there’s not enough time for that.

GAZETTE: What writers are you excited about at the moment?

WOOD: The short story writer Lydia Davis is one, and a youngish poet called Ben Lerner, who’s written a first novel (“Leaving the Atocha Station”) that I review in this book. He’s a really interesting, funny, lively, complex writer and I’ve been able to put a couple of colleagues in the English Department onto him, so that’s great.

GAZETTE: What are you at work on?

WOOD: Well, I’m currently trying to write a second novel. I wrote a first novel in 2003 (“The Book Against God”) and I don’t think it was especially good. I think it was all right, but it could be improved on, and yet I think the usual combination of fear and procrastination has stopped me from trying again, until this moment, which is sort of ludicrously long, really — 10 years now! But I feel finally I have the confidence to try again a second novel. And that’s what I’m working on when I’m not reviewing books.

GAZETTE: You wrote “How Fiction Works.” What was your process when you were writing your first novel? Were you trying to abide by your own rules?

WOOD: No. In “How Fiction Works” I did say that the novel is the virtuoso of exceptionalism, and I think that most people would probably agree that of all the forms the novel is the freest and most eccentric and it tends to make up its own rules. It’s not like, I think, building a chair — because if you fail to build a chair it won’t stand up, but there’s a way in which novels are full of flaws and failed bits, and they seem to be forgiven by most readers. So when I wrote my first novel it wasn’t that I was trying to follow rules, I think what was difficult for me was that I was very hampered by self-consciousness to some extent, and in this second novel I’m trying to let that go as much as possible and not second-guess myself too much.

GAZETTE: Would you say that you’re a self-conscious person?

WOOD: Actually I would say I’m not, particularly. There are certain contemporary writers — David Foster Wallace comes to mind — and I think he was someone who both in his fiction and in his personal life found it almost impossible to escape a kind of prisonhouse of self-consciousness. I don’t find that. I find it very easy to escape into music and a kind of non-thinking that happens when I listen to or play music. I play various instruments, drums and piano…

GAZETTE: Are you in a band?

WOOD: I am! This started in the last couple of years up at Bennington College where there’s a low-residency MFA program that gets together twice a year, once in January and June. And there was already a pretty good extant band up at Bennington among the writing teachers, some very good guitarists, very good bassist, a wonderful sax player.

GAZETTE: What do you listen to?

WOOD: What I try to catch in the title essay of this book, which is about drumming and Keith Moon, but also about being pulled between classical music and rock music, which was this illicit rebellion as I saw it as a kid. So, I do listen to both sides of the street, as it were. I listen to quite a bit of classical music and I have certain favorites like Bach and Purcell, and then I listen to quite a lot of rock music, jazz, rock-jazz fusion because it’s often there that you get really, really good drumming. And that can run the gamut from Natalie Merchant, Radiohead, Jeff Beck, plus some old favorites.

GAZETTE: Do people ever tell you that you look like Keith Moon?

GAZETTE: What do you like about teaching, and what do you find challenging about it?

WOOD: What I like about teaching is that it slows down my reading process. What I find a bit challenging about it is that I prefer to have my thoughts formulated on paper, I prefer to see them once I’ve been able to think about them, and I don’t think I’m as good as some people are at thinking off the cuff. I’m aware as I speak that I haven’t quite been able to shape the phrasing the way I wanted it to be shaped.

GAZETTE: What was the first thing you ever wrote?

WOOD: Definitely a poem. Poetry is my first love and I wrote reams and reams of bad verse, and I wanted to be a poet before I realized I didn’t have the qualities of concision and refinement and all the things you need to be a good poet. And then at the same time I was getting more and more interested in narrative.

GAZETTE: What was the last good book you read?

WOOD: The Norwegian writer Per Petterson has this wonderful novel called “I Curse the River of Time.” I was put onto it because I have a writer friend who said to me one night that he’d become so obsessed with the form of this book that he’d copied out the book word for word in his own hand, trying to crack how this guy does his paragraphs and his sentences. The idea of writing out a whole novel is so crazy, so fanatical, that I thought, “I have to know what it could be, what a book is like that could torment someone thus.” So I read it, and I can totally see why.

New Yorker writers D.T. Max and James Wood in conversation on David Foster Wallace at an event put on by the Mahindra Humanities Center at Harvard University.