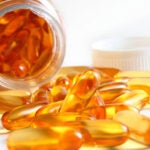 Earth-like planets potentially capable of supporting life may be right in our galactic neighborhood, researchers from the Harvard-Smithsonian Center for Astrophysics (CfA) and the California Institute of Technology said Wednesday.

“The nearest Earth-like planet is probably 13 light-years away; astronomically speaking, that’s just a stroll across the park,” said Courtney Dressing, a doctoral student in Harvard’s Astronomy Department and the lead author of a new analysis of data from the Kepler Space Telescope, which since 2009 has been examining distant stars for signs of orbiting planets.

Dressing, together with Professor David Charbonneau of Harvard’s Astronomy Department and John Johnson, an assistant professor of astronomy at the California Institute of Technology, appeared at a news conference to discuss the work.

The new analysis focused on a category of stars smaller and dimmer than our own sun — “red dwarfs.”  Red dwarfs offer several advantages for hunters of exoplanets, as worlds circling stars outside our solar system are called. First, they are the most common stars in the Milky Way, making up some 75 percent of all. Second, because they’re so much dimmer than our sun, the “habitable zone” orbit within which life could exist is much closer to the star. A planet circling closer to its sun orbits more frequently, giving scientists more chances of detecting it crossing its star’s face.

Dressing found 95 planets or planet candidates around those stars. Of those, she identified three candidates that are the right size and temperature to be considered Earth-like. When several others close to their habitable zones or of nearly Earth-like size are considered, the researchers said it appears that approximately 6 percent of red dwarf stars should have an Earth-like planet. Because Kepler is examining distant stars, the three Earth-like planets they detected are quite far away, between 300 and 600 light-years from here.

The researchers then turned their analysis to the neighborhood of our own star, where there are 248 red dwarfs within 30 light-years. The analysis indicated that the most probable distance for a red dwarf with an Earth-like planet circling is 13 light-years.

“There should be a planet within 13 light-years,” Dressing said. “I really look forward to finding that first planet.”

The next step, according to Charbonneau, is to design instruments that can examine these relatively nearby stars.  New telescopes already planned, like the James Webb Space Telescope and the Giant Magellan Telescope, being constructed on a mountaintop in Chile, could be used in the hunt, he said.

Charbonneau, a pioneer in exoplanet research, said these planets are small enough to be rocky, like Earth, and warm enough to be friendly to life, but conditions on a planet around a red dwarf would otherwise be very unlike Earth.

The planet would orbit very close to its sun and be bombarded with ultraviolet radiation. Because red dwarfs are active, with numerous sunspots, the planet would face large variations in illumination. It could also be locked in an orbit like our moon is to Earth, with the same side always facing the planet. On a planet that has no atmosphere, one side could have furnace-like temperatures while the dark side froze. However, with an atmosphere and an ocean, a red dwarf’s planet could be buffered from the star’s radiation and heat distributed more evenly around it.

What that means for life is unclear, Charbonneau said. If exoplanet research has taught astronomers anything, it’s to be ready to be surprised. Astronomers have come to understand that the Milky Way not only contains billions of stars with planets around them, but also that the configuration of those alien solar systems strays widely from our own. There’s no reason, Charbonneau said, that life in those solar systems shouldn’t also stray widely from that on Earth.

If life does develop near a red dwarf, it might have billions more years to evolve than life on Earth. Unlike our sun, which will undergo changes that will extinguish life within a billion years, red dwarfs don’t show much change, Charbonneau said. In fact, if a red dwarf with an Earth-like planet was among the first stars in the universe, some 12 billion years ago, it’s probably still out there.

The only way to find out for sure, Charbonneau said, is to look. Charbonneau said he looks forward to starting “tomorrow” on the search for nearby Earth-like planets. Once found, astronomers can examine their atmospheres for the chemicals that are hallmarks of life on Earth, such as oxygen.

“Certainly the field of exoplanets has been one of surprises, so we need to go study” these planets, Charbonneau said.