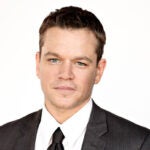 In recent years, DNA analysis has shed light on the parents of Egypt’s most famous pharaoh, the boy king Tutankhamun, known to the world as King Tut. Genetic investigation identified his father as Akhenaten and his mother as Akhenaten’s sister, whose name was unknown.

French Egyptologist Marc Gabolde offered a different interpretation of the DNA evidence on Thursday. Speaking at Harvard’s Science Center, Gabolde said he’s convinced that Tut’s mother was not his father’s sister, but rather his father’s first cousin, Nefertiti.

Nefertiti was already known to be Akhenaten’s wife and in fact the two had six daughters. Gabolde believes they also had a son, Tutankhamun, and that the apparent genetic closeness revealed in the DNA tests was not a result of a single brother-to-sister mating, but rather due to three successive generations of marriage between first cousins.

“The consequence of that is that the DNA of the third generation between cousins looks like the DNA between a brother and sister,” said Gabolde, the director of the archaeological expedition of Université Paul Valery-Montpellier III in the Royal Necropolis at el-Amarna. “I believe that Tutankhamun is the son of Akhenaten and Nefertiti, but that Akhenaten and Nefertiti were cousins.”

Gabolde’s talk, “Unknown Aspects of Tutankhamun’s Reign, Parentage, and Tomb Treasure,” was sponsored by Harvard’s Semitic Museum and the Harvard Department of Anthropology. It was hosted by Peter Der Manuelian, the Philip J. King Professor of Egyptology.

Tutankhamun was a pharaoh some 3,300 years ago. He was made pharaoh at age 8 or 9 and ruled for about 10 years. In his talk, Gabolde covered some of the scarce known details of his life and his burial.

Tut’s tomb, Gabolde said, was not intended as such. The real — and undiscovered — tomb, he said, was probably under construction when he died at 19, and is likely somewhere in the Valley of Kings, on the Nile. The place where he was actually buried was probably not intended for a royal burial but hurriedly prepared when Tut died unexpectedly, most likely of an infection that took hold when he broke his leg.

“Nobody could imagine he would die so young,” Gabolde said.

Other details of Tut’s life, which Gabolde has pieced together from carved images and inscriptions, include a military campaign in Syria, in which he likely didn’t personally take part. Tut also was interested in Nubia, a region in southern Egypt and northern Sudan. Inscriptions on a fan that belonged to Tut showed him hunting ostriches, whose feathers were used to make the fan. In addition, Gabolde said, a staff found in Tut’s tomb had inscriptions that showed it was made of a tall reed, cut by Tut himself in a city on the Nile delta.

Gabolde also traced an ornament that was found with Tut when he was discovered in 1922, but had since disappeared. Gabolde said he believes the golden hawk-head clasp, part of a broad collar worn by Tut, is in a private collection, sold by Tut discoverer Howard Carter to pay for surgery later in his life. The rest of the broad collar was stolen during World War II, Gabolde said.