‘Pippin’ goes to the circus 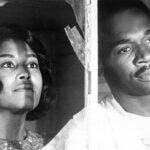 Nothing but a breakthrough

More than three decades after the musical “Pippin” closed on Broadway after a long run, a re-imagined production is set to return to the Great White Way this spring under the direction of the American Repertory Theater’s (A.R.T.) artistic director Diane Paulus.

For Paulus, whose operating ethos is about expanding the boundaries of theater, the musical’s plot, which centers on a young man’s search for the extraordinary and his interactions with some mysterious traveling performers, spelled one thing: the big top.

“I realized that the theme at the core of Pippin’s journey could be viscerally expressed through the circus movement and that courage on stage,” said Paulus, who said she fell in love with the production when she saw it as a 10-year-old during its original Broadway run. The musical “made this mark on me” with its “incredible theatricality,” Paulus said, and its score became part of the soundtrack to her life. (“I could play ‘Corner of the Sky’ on the piano and sang ‘With You’ at my brother’s wedding,” she said.) With the new production, Paulus hopes to expose audiences to the “theatrical power” of “Pippin,” a show that she believes over the years has come to be seen as something of a lightweight piece of theater.

“To me, it’s a very powerful piece of theater. And that was my interest, how to work on that, in a way to bring that potential viscerally forward. And part of that was the physical life of the production … [that] was so inextricably linked to Bob Fosse.”

One of the people responsible for that visceral transformation and the bodies flipping, jumping, twisting, and tumbling across the A.R.T. stage was Gypsy Snider. A co-founder of Les 7 Doigts de la Main, Snider has devoted her life to the art form. Her parents founded a circus troupe in San Francisco in the 1970s, and she has been performing since age 4. But the process of working on the musical has been like nothing else, the 42-year-old said during a break from rehearsing.

She compared the experience to going back to class.  “Every day I am like a schoolgirl. No matter how big the challenge, the best part of the experience has been the learning,” she said. “The collaboration has been so exciting. It’s so exciting for everyone.”

For the members of the Montreal troupe, some of those learning moments involved adjusting to the storytelling nature of a musical’s score. With less time to practice and rehearse, they still had to ensure that the timing of the acrobatics synced to the second with the show’s complex choreography. Safety is a top priority on stage.

“If something feels dangerous,” said Snider, “we will stop to take the time to fix the problem.”

The learning curve for Snider and her team also involved practicing a new way to move, no simple feat for seasoned acrobats accustomed to throwing their entire bodies into complicated tricks. In contrast, much of the dancing inspired by Fosse is about isolating one body part at a time, a foot tap here, a shoulder roll there. The subtle shift took some getting used to for Snider and her team, who attended intensive singing and dancing boot camps in preparation for the show.

Paulus and the choreographer Chet Walker had worked to preserve the essence of the original Fosse footwork.

For the cast member and acrobat Philip Rosenberg, the chance to sing and dance has been as exciting as the chance to dive through a hoop balanced on a woman’s forehead (one of the many tricks he performs in the show).

The best aspect of the show, he said, has been working with “amazing people onstage, and also being with such an amazing creative team, and working with them and having them teach me things that I never thought I was going to have the opportunity to do.”

At the same time, the acrobats offered the show’s actors and dancers tips about their trade, working closely with a few members of the cast to incorporate new tricks into their moves.

“All the circus performers wanted to do was to be in singing rehearsal so they could learn how to sing, and the dancers wanted to learn how to stand on their hands,” said Paulus. “It became this kind of love fest of learning from each other and being inspired by each other.”

The rewarding result is a seamless production in which it’s hard to tell exactly who honed their skills on the theater stage and who perfected moves under the big top.

“The best moments in the show are when it really melts together,” said Rosenberg. “It’s just really overwhelmingly powerful.”