Piecing the parts together 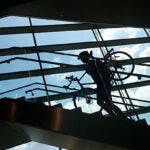 When it comes to innovation, I think there is no place better than Harvard to start work on an important initiative. In my view, it is the only place that effectively combines entrepreneurship, leadership, and knowledge-sharing into a coherent whole.

Last fall, I took a course called “Societies of the World 47: Contemporary South Asia: A Survey of Intractable Problems and Innovative Solutions.” The class, taught by Harvard Business School (HBS) Professor Tarun Khanna, was one of the first of its kind to offer cross-collaboration among Harvard institutions, drawing students from the business, law, education, and undergraduate Schools. Utilizing the case study method, we learned about issues in South Asia relating to education, health, finance, and infrastructure.

What stood out to me the most about these case studies was that they featured young entrepreneurs, taking stances on interesting issues where they could have an impact. They developed their interests, built networks of supporters, and then made their causes known to others. Throughout this process, I realized that these young entrepreneurs weren’t fixated on a single issue but rather took multiple perspectives into consideration to frame their solutions. As a General Education course, it was clear what I should take from the class: that a successful entrepreneur was one who could craft an initiative by learning from all other areas of expertise through various resources.

As a final project, students formed groups of three to five to mock up business plans for social enterprises of their own. The top teams from the class would receive support and funding to implement their plans over the summer. My team, made up of graduate and undergraduate students with backgrounds in education, social studies, economics, and engineering, worked to create Mobilize! Digital Libraries, a service that provided access to innovative educational materials through intuitive modern technology, thus motivating self-directed learning, supporting existing academic infrastructure, and aiding positive social change.

We aimed to operate at the intersection of education, technology, and mobility, harnessing the best materials and practices to inspire students toward new ways of thinking while generating greater interest in self-improving academic performance. By spring, our team had been selected as one of the top ones to receive funding. We set our course to go to India to implement our social enterprise.

At the same time, I become involved in another organization on campus, the US-India Initiative. Run entirely by students, the student group aimed to foster initial interactions and long-term cooperation between youth from the United States and India and to leverage these relationships to address some of India’s most pressing social and economic issues.

When I joined, the group was in its initial stages, having organized one conference in Delhi. As I learned more about the group’s efforts, I couldn’t help but get more involved. The team quickly took on more by hosting events on Harvard’s campus, reaching out to other colleges in the United States to start chapters, and organizing a second summer conference, this time at one of the top colleges in India, the Indian Institute of Technology in Mumbai. By the end of the summer, both Mobilize! Digital Libraries and the Harvard US-India Initiative had taught me that the primary reason for their success was that they were headed by a diverse group of students who were interested in the same issues as me, a key characteristic that I think could only happen at Harvard.

Now, I’m taking my interests further. The US-India Initiative is expanding by creating chapters in both high schools in the United States and in colleges in India. The organization is launching Impact, a magazine about social entrepreneurship written exclusively by students that will be available to the broader Harvard community as well as to other US-India Initiative chapters.

I also will travel to India this winter to work on some initial senior thesis research, an endeavor that was only made possible by the support of a winter grant from the South Asia Institute at Harvard.

Harvard made it possible for me to meet so many people from diverse backgrounds to come together and work on a common cause. Launching a social enterprise takes a great deal of effort, time and resources, but it also requires many perspectives to refine the solution — a trait that students here possess.

If you’re an undergraduate or graduate student and have an essay to share about life at Harvard, please email your ideas to Jim Concannon, the Gazette’s news editor, at Jim­_Concannon@harvard.edu.