One cell is all you need 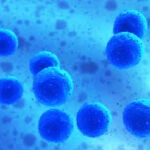 A treatment for ALS?

The notion that police can identify a suspect based on the tiniest drop of blood or trace of tissue has long been a staple of TV dramas, but scientists at Harvard have taken the idea a step further. Using just a single human cell, they can reproduce an individual’s entire genome.

As described in a Dec. 21 paper in Science, a team of researchers, led by Xiaoliang Sunney Xie, the Mallinckrodt Professor of Chemistry and Chemical Biology, and made up of postdoctoral fellow Chenghang Zong, graduate student Alec Chapman, and former graduate student Sijia Lu, developed a method — dubbed MALBAC, short for Multiple Annealing and Looping-based Amplification Cycles — that requires just one cell to reproduce an entire DNA molecule.

More than three years in the making, the breakthrough technique offers the potential for early cancer treatment by allowing doctors to obtain a genetic “fingerprint” of a person’s cancer from circulating tumor cells. It also could lead to safer prenatal testing for a host of genetic diseases.

“If you give us a single human cell, we report to you 93 percent of the genome that contains three billion base pairs, and if there is a single base mutation, we can identify it with 70 percent detectability, with no false positives detected,” Xie said. “This is a major development.”

In a second paper, published simultaneously, researchers from Xie’s lab worked with scientists at Peking University in China to demonstrate MALBAC by sequencing 99 sperm cells from one individual and examining the paternal and maternal contribution to each cell’s genome.

As its name suggests, Xie said, MALBAC is a type of DNA amplification that allows researchers to duplicate the single DNA molecule present in a cell many times so it can be analyzed in the lab.

“While other methods of DNA amplification exist, most — like polymerase chain reaction (PCR) or multiple displacement amplification (MDA) — suffer from a specific problem,” Xie said. “Because they amplify exponentially, both have bias. They dramatically amplify some parts of the genome, but amplify others very little.”

By comparison, he said, MALBAC relies on linear amplification, meaning it is able to minimize the sequence-dependent bias.

Just as it does with other methods, the amplification process begins by splitting the DNA double helix into two single strands. Xie’s team then adds a random “primer” — tiny fragments of DNA — that binds in dozens of locations along each strand.

To extend those primers, Xie’s team used a DNA polymerase, the same cellular “machine” that synthesizes DNA as cells divide. Using that machine, researchers are able to extend the primers from as few as seven bases to as many as 2,000. Upon heating, they break the elongated primers apart from the original DNA, yielding half products.

When those half products are then amplified using the same primers, the two ends of the DNA combine, forming a loop that prevents it from being amplified again. The leftover half products and the original DNA are subject to another cycle of amplification. After five cycles of such linear pre-amplification, the full product is amplified by PCR to produce enough material for sequencing.

Despite the high coverage, DNA polymerases do occasionally make errors, Xie explained. To ensure that the genome produced by MALBAC is accurate, researchers turned to a different technique.

“Many diseases are associated with a single base mutation,” Xie said. “The challenge, however, is that finding one mutation in more than 3 billion base pairs is like looking for a needle in a haystack. Earlier techniques, like PCR or MDA, start with many cells, making the challenge even greater; a single mutation simply gets lost in the process. MALBAC, however, starts with a single cell, so it is easier to identify those mutations when they happen.”

While the polymerase that researchers use to build the DNA sequence is highly accurate, only making one mistake per 10,000 bases, letting the cell divide gives researchers a chance to double check its work.

“The chances of the same mistake being made at the same base position are about one in 100 million,” Xie said. “If we let the cells divide again, and sequence three cells, the chances go up to one in 10 billion, less than the number of bases in the entire DNA molecule, so we can remove all the false positives.

“Getting that level of accuracy is very important, because if a doctor tells a patient that he detects a mutation, he doesn’t want to be wrong,” he continued. “When we use MALBAC, if a mutation appears in two or three related cells, we know it must be a real mutation.”

As a demonstration of MALBAC’s power, Xie and his team monitored the mutations that arose in a single cancer cell as it divided over 20 generations, and uncovered as many as 50 newly acquired mutations.

“This is the first time the mutation rate of a human cell has been measured directly,” Xie said. “Because we can now see the unique, newly acquired bases, we can study the dynamics of the genome in a way that was not possible before.”