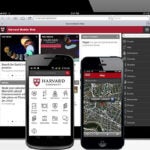 This boot camp did not require recruits to wake at dawn. There were no long, arduous runs and no drill instructors. And lunch was not your typical mess hall food.

This was a different kind of boot camp, one designed to reflect the ever changing face of teaching and learning in the 21st century. Called Multimedia Authoring Boot Camp, it ran for six days over Wintersession, giving students and instructors an opportunity to acquaint themselves with the basic tools and concepts for creating an academic video short.

“I have never used a camera to do an interview, or edited video, so I felt [that] if I enrolled in this session it would help me build skills I am going to need,” said Jack Zhou ’16.

The boot camp classes, sponsored by Harvard College Library and hosted by Lamont Library, were part of Wintersession, a between-semesters opportunity for students and instructors to pursue artistic or creative passions, explore career interests, or join in recreational activities with friends.

Participants in Multimedia Authoring Boot Camp saw it as a chance to develop their skills now — before classes, studying, and spring term are in full swing. The camp started with the basics of video and audio editing, and moved up to more-advanced skill-building. It included guidance on technical issues, best practices, and time-saving techniques, as well as discussions on content, style, and creativity. Free pizza was provided at lunch breaks.

“I am here because I am interested in learning about all the resources that are available to us. I am excited about assigning more creative projects, but I felt that if I am going to do that then I had better become more familiar with the technology,” said Juliet Wagner, an instructor in history and literature.

The boot camp grew out of the larger Expanding the Boundaries of Authorship initiative. Under this initiative, faculty and librarians are working to support the expanding boundaries of writing, teaching, and learning through digital media.

“When people think about libraries they think about a collection of books, but libraries have always been collecting media. Not only is having these media resources important, but knowing how to access them is very important to scholarship,” said Martin Schreiner, head of maps, media, data, and government information at Lamont. “If you are looking for a piece of music, there can be many different authors and many different performances, which can make access a bit more complicated.”

With the multimedia lab at Lamont open for just two years, the Wintersession boot camp was a way to further promote the support and resources that exist at the library.

“I didn’t realize all of this was here,” said Zhou. “And not just the computers, I mean the people here who can help and support you.”